As the world continues to reel from the sheer magnitude of the sexual violence Harvey Weinstein has been directing at women for years, actress Rose McGowan has been among those most pointedly refusing to sit down and shut up about it. McGowan—who was catapulted to the status of indie royalty by her roles in The Doom Generation and Grindhouse—has been publicly calling for the board of the Weinstein Company to resign en masse, naming the names of the “spineless profiteers” who’ve helped keep Weinstein’s behavior silent, and rallying comrades with dope encouragements.

In a series of tweets yesterday, she added one more powerful name to the list of enablers and other-way-lookers: Amazon founder and Washington Post owner Jeff Bezos. 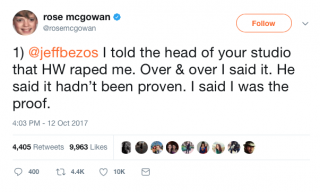 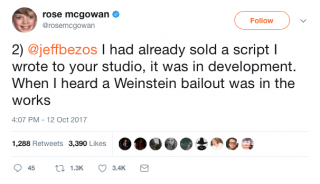 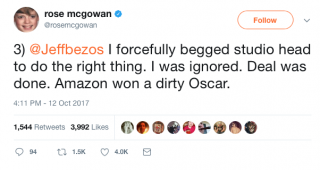 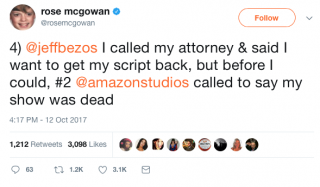 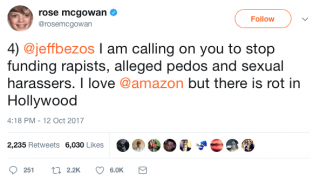 So, McGowan is doing an exemplary job speaking for herself. Just a couple things to add here:

Finally, one more thing: Do you people see how awesome Rose McGowan is? Look again at that IndieWire piece — did you notice that it ends by explaining, “McGowan says she’s also been working on a music album, a book, and a website that she believes could be the antidote to The Kardashians”? Because that is cool. Look again at that New York Post piece — the kicker there is “She also wants to build a dome over her own home, ‘to create my own biosphere.’” That is what only a genius could tell Page Six. Just a few months earlier, she had written in Surface, “If we were living in a land of domes, America would obviously be cooler.” That is entirely accurate, Swiss-watch accurate.

Rose McGowan, we don’t deserve you.