Romance readers are not in love with the New York Times 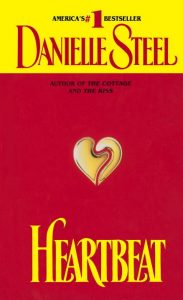 Throughout his article, Gottlieb’s choice of words and use of italics amount to a condescending device; it reads as if he’s dismissively saying, “Aw, look at what the girls have made — how cute.”  When describing a sex scene at one point, he says, “Now that’s Romance” (no, really). Describing characters: “Maggie and Owen — both bosses.” About Barbara Cartland, a very successful romance author foundational to the genre: “Barbara knew where her readers wanted the line drawn.” He describes Debbie Macomber—an author who has sold 200 million books—as “adorable.” He calls Eloisa James sexy. When explaining that Danielle Steel is the fourth-best-selling writer of fiction in history (or better, herstory, thank you)—behind Agatha Christie, Shakespeare, and Cartland he says: “Surprise!” All of this is to say that Gottlieb writes this article—this article that is the cover story of the most famous book review section in the world—as if utterly incredulous that romance has the ability to be successful, profitable, and beloved by millions. Rude.