Roald Dahl almost made his Charlie and the Chocolate Factory hero black, but he’s still a racist

In the Guardian last week, Haroon Siddique had some news for Roald Dahl fans. Dahl’s widow, Liccy Dahl, had dropped some pretty big, previously unknown news a few days earlier, during an interview with BBC Radio 4’s Today: “His first Charlie that he wrote about was a little black boy.” Yes, the hero of Dahl’s 1964 novel Charlie and the Chocolate Factory was originally written to be black. So what happened? According to Dahl’s biographer Donald Sturrock, also part of the interview, the author’s agent talked him out of it, claiming that people would ask, “Why?” 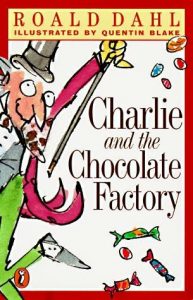 I suppose you could argue that in 1964, having a black child as the protagonist of a mainstream YA novel would be revolutionary. But please don’t let this manipulate you into thinking that Dahl was some progressive, open-minded, non-racist human being. Much of the book is racist AF. As Kristian Wilson explains over at Bustle, “As Dahl wrote them in 1964, Willy Wonka’s workers are presented as ‘pygmies’ from ‘the very deepest and darkest part of the African jungle.’ If that’s not cringey enough, you should also remember that Wonka pays his workforce in chocolate, for which his Oompa-Loompas have willingly, cheerfully enslaved themselves.”

When news of the novel’s adaptation into a movie broke in 1970, the NAACP was rightly like, “Um, no.” At their urging, Dahl agreed to re-write the Oompa Loompas, changing them into what Wilson describes as “white, blond, hippie-like dwarfs.”  The movie, Willy Wonka and the Chocolate Factory, decided not to deal with Dahl’s mess at all and created the orange skinned, crazy-haired dudes we know today. (Insert Trump joke here.)

Just in case you’re thinking about maybe giving Dahl a pass on the whole racist thing, please read this this article by Thea Glassman in the venerable Jewish publication Forward, compiling five very horribly anti-Semitic quotes from the author — including, “I am certainly anti-Israel, and I have become anti-Semitic.”  Roald Dahl, not a great guy! He was also a total jerk to his editor.

One thing that actually is great, however? This: 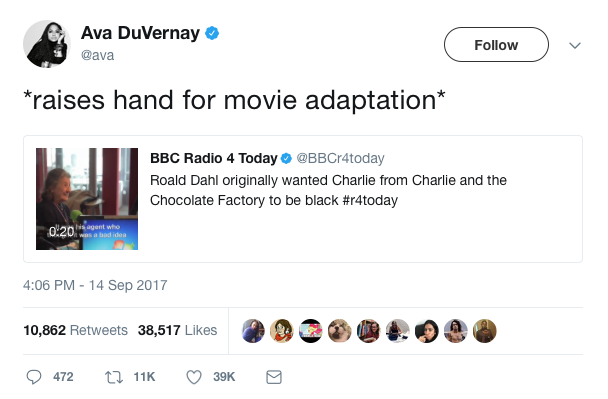