Recently, we’ve been covering the steps our colleagues across the country—authors, booksellers, and fellow publishers—have taken to respond to the new administration. Elda Rotor, Vice President and Publisher of Penguin Classics, graciously took a moment to answer some questions from us about the Penguin Classics #RememberResistRediscover campaign.

First, would you tell us a bit about #RememberResistRediscover? How’d you come to it, why these words, how have you seen it playing out?

There’s an urgency to actively engage with what’s happening in the world, and the best way we can do this as a classics publisher is to direct our readers to the authors and works that inform specific issues, and remind us that we can learn from what was written in the past, from key historical periods, from diverse perspectives, in order to guide us to articulate our concerns, interests, and questions now. We are always working to connect the classics to modern life; it’s our responsibility to highlight the relevance and timeliness of these books.

Early in the new year, we all came to an agreement that this would be a galvanizing and hopeful approach to the classics. To me, #RememberResistRediscover is a call to action for our readers to participate in any and all of these directions, to remember valuable narratives and testaments from history, to inform themselves as they take a stand on current issues and crises, and to seek out classic works anew that help build empathy and enlighten us with a new perspective. With 1984 being the number one bestseller in the country, and classics like It Can’t Happen Here by Sinclair Lewis and The Handmaid’s Tale by Margaret Atwood being sought after again, the reading public is already acting through these three channels. 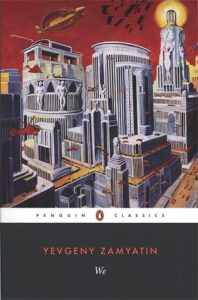 We are part of a larger community wanting to share and discuss classics in meaningful ways that address crucial issues right now.  We’re seeing momentum around George Orwell’s Why I Write, his politically charged essays that give context to his fiction, and Zamyatin’s We, the inspiration for Orwell’s 1984.  With our campaign on social media so far we’ve featured the US Constitution, The Federalist Papers, Borowski’s This Way to the Gas, Ladies and Gentleman, Zitkála-Šá’s American Indian Stories, Legends and Other Writings, and the Portable Frederick Douglass.

This is a leading question, but why do the classics matter now more than ever? Why are books that are, you know, “old” not only relevant, but also urgent? And how does the Penguin Classics program in particular address the demands of our political moment?

People read to know that they are not alone, and classics provide a rich and textured history of narratives across centuries, from around the world, and from all walks of life, that help us understand our common humanity. It’s very important to our mission to publish great classic works of literature from a global bookshelf and from diverse voices and perspectives. Also, we’ve been thinking about the importance right now of turning to works from other periods of social and political unrest. We are not in a bubble. We play out scenes that ancient writers have depicted.

I think about that great New York Times piece on President Obama’s life as a reader, and hold on to that idea of a responsibility to tell the story of what binds us together, no matter our differences, or perhaps because of the chaotic beauty of it. So what we’ve been pulling from our shelves, piling on our desks with post-it notes and quotes we’re typing out of books, are nuggets of wisdom from the past that we hope shed some light in uncertain times.

This means we’re looking at the US Constitution, essential texts of American civic life, political and philosophical texts that have guided leaders and citizens from ancient times onward, historic works written by women and men without power and privilege, and works on social justice, immigration, and race. And yes, bring on all of the dystopian lit. 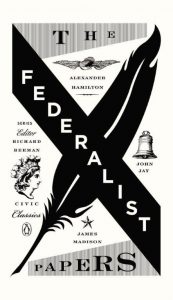 You said elsewhere that Penguin Classics is the antidote to fake news. In what ways are you hoping readers will apply what they learn from the classics to what they’re hearing in the news?

What does reading a Penguin Classic entail? Reliable resources, deep engagement, critical assessment, a willingness to learn about another person’s story, and an openness to read a work, gain new perspective, and to discuss it with others. So much seems to be happening at a very fast pace, and coming to us in bite-sized headlines in our news feeds. What do you read? What can you believe? What is the source? One of our favorite Penguin Classics phrases here is “Because What You Read Matters.”  I’m hoping that readers feel empowered by how they read and take in the classics.

Religious freedom and immigration issues are at the center of a lot of our political engagement this week. Would you recommend anything in particular that addresses these concerns?

We have an ongoing list of recommendations for immigrant literature, which we started by posting a few from our series: Mary Antin’s The Promised Land, Upton Sinclair’s The Jungle, Chang-rae Lee’s Native Speaker, and Anzia Yezierska’s Hungry Hearts. What I love is people adding modern works that will definitely be classics in time, such as Chimamanda Ngozi Adichie’s Americanah.

I recently was in touch with Azar Nafisi about Ferdowsi’s Shahnameh, the national epic of Iran. I returned to her foreword where she articulates the deep significance of this great Persian epic, “against the brutality of time and politics, against the threat of constant invasions and destructions imposed on them by enemies alien and domestic, against a reality they had little or no control over, they created magnificent monuments in words, they reasserted both their own worth and the best achievements of mankind.”  It’s the complete opposite of negating a people, their culture and history, when you delve into books like this.

Is there another issue that is especially important to you personally, and a related classic you’d encourage us to read? 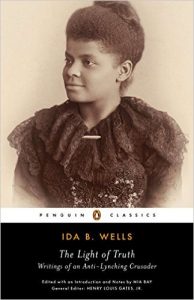 Ida B. Wells. More people need to learn about Ida B. Wells. I am one who only learned about her in recent years and was so moved by her life and actions. She began to report on lynchings of African American men when her own friends were taken. She exposed the fact that these attacks and murders took place many times because black businesses were an economic threat. In light of the pressures on journalists and the news media now, reading her work gives you a strong sense of the life-and-death necessity of finding the facts, exposing ugly, violent truths, of investigative reporting, and sharing information despite deep personal risks. The Light of Truth: Writings of an Anti-Lynching Crusader, introduced and edited by Mia Bay, is in our series of African American classics with Henry Louis Gates, Jr.

There’s one author whose work embodies so much of the critical call to wake up and act on injustice. Arthur Miller. I’ve been thinking a lot about what would he say on the streets of New York, what op-eds would he write today if he were alive. How would he resist?  But he’s given us these terrifying, powerful plays that have been on my mind these last few days: Enemy of the People, Incident at Vichy, View from the Bridge and of course, The Crucible.

Which are your favorite classics to recommend to readers in general — both in terms of a) taking a break from the pervasive stink of the new administration to remember that there is some beauty in the world yet, and b) arming ourselves for the long road ahead?

One of my favorite classics has always been The Joy Luck Club by Amy Tan. I’m an Asian American immigrant and a naturalized US citizen, and this was the first book I read which articulated the multi-generational tensions and the struggles between two cultures, in interconnected stories of womanhood and non-whiteness. Amy Tan narrates the sacrifices and devotion across generations of women, mothers and daughters, from old countries to new, that spoke in ways that my relatives, friends and I could not articulate to each other. She gave me a literary world that I could relate to and one with such universal themes about women and family that I could give to other people.

In terms of arming ourselves for the long road ahead, I’m a big fan of emergency kits, and if I were to create a portable Classics version that would fit in your backpack, it would include the Penguin Civic Classics, which features The US Constitution (worth checking back on, on a daily basis) and Marcus Aurelius’s Meditations (any page, I swear, has some nugget of wisdom that will floor you — we turn to it in the office and make pronouncements to each other). For the purpose of renewing my sense of the simple goodness of life and a reminder to breathe: Willa Cather’s My Antonia and Gaston Bachelard’s The Poetics of Space.

For more from our own Melville House Publisher, Dennis Johnson, see Publishing during wartime.