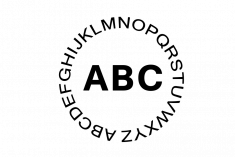 This just in: Reading is on the decline. Maybe this isn’t so surprising, given the shortening of our attention spans, but people in media and trade publishing are certainly looking to figure out why. I’d be the first to blame streaming services like Netflix or video games, but hey, that’s why we have data. The Bureau of Labor Statistics recently published a new edition of the American Time Use Survey. The takeaway: Leisure reading has hit a record low. For instance, only nineteen percent of Americans age fifteen and older read by choice as a form of entertainment — and the decline can be found across all age groups (especially 35-44).

Next, contrast the reports of decreasing leisure reading with the increase in time being spent on broadcast television. Seem like a bummer? Yeah. Well, let’s look at more stats. Don’t worry — they’ll definitely make you feel worse. According to the Pew Research Center, adults in lower-income households are “about three times as likely as the most affluent adults to be non-book readers (36% vs. 13%).” Likewise, people with only a “high school degree or less are about five times as likely as college graduates (37% vs 7%) to report not reading books in any format.”

Let’s keep going: Michael Kozlowski of Good E-Reader notes that “non-book readership is higher among Hispanics, who ‘are about twice as likely as whites (38% vs. 20%) to report not having read a book in the past 12 months. But there are differences between Hispanics born inside and outside the U.S.: Roughly half (51%) of foreign-born Hispanics report not having read a book, compared with 22% of Hispanics born in the U.S.’”

And now for the gut-wrenching stuff: thirty-three percent of high school graduates report that they’ve never read another book for the rest of their lives after graduating. Twenty percent of adults under fifty claim to have not read a book in the past year; twenty-eight percent of over fifty years and older.

Now, something even worse. Wait for it, wait for it:

Seventy percent of adults in the US have not been in a bookstore in the last five years. That’s insane! The data is telling, and outright soul-crushing. Given the way we live now, inside a 24/7 news cycle with social media leading the charg, it’s worth noting data like this, and making an active choice to disconnect from all these distractions, to recharge and reset the mind. Reading can be as much a form of therapy as an act of entertainment.

We can escape and replenish our imaginations with something as simple as a book. The silver lining may be that in order to reclaim our time, we will, in fact, need to step away from the onslaught vying for our attention.