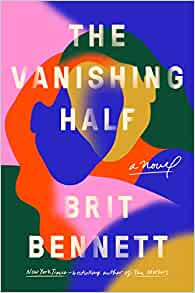 Summer is alive, book stores are reopening, and print unit sales have risen by 6.8%, according to the PW Staff at Publishers Weekly! Following a bleak period for book sales, we are finally seeing a positive trajectory for unit sales from the early summer season last year. The juvenile nonfiction genre increased the most in sales with an 25.9% increase over the past week, and sales in the YA nonfiction and juvenile fiction likewise rose with the release of Kristen Bell’s The World Needs More Purple People and Emily Griffin’s The Lies That Bind, which both sold over twenty thousand copies in their first week (And The Lies That Bind is #4 on the New York Times Best Sellers list!).

Yet even more notable is the surge of sales for Brit Bennett’s fiction The Vanishing Half, landing her the #1 spot on the New York Times Best Sellers List and earning her coverage by The New Yorker (read: Sarah Resnick’s “Brit Bennett Reimagines the Literature of Passing” for more information). Similarly, we should note that almost 36,000 copies of So You Want To Talk About Race and over 30,000 copies of White Fragility were sold, despite a 2% decrease in adult nonfiction sales. How can we explain these historically high sales for books by Black authors and poets? How are the current protests and cries for Black author recognition different from what came before?

Black Lives Matter co-founder Opal Tometi highlighted why this political moment is different in a recent interview in The New Yorker with Isaac Chotiner:

“And so my belief and my view of these protests is that they are different because they are marked by a period that has been deeply personal to millions of Americans and residents of the United States, and that has them more tender or sensitive to what is going on. People who would normally have been at work now have time to go to a protest or a rally, and have time to think about why they have been struggling so much, and they are thinking, This actually isn’t right and I want to make time, and I have the ability to make time now and make my concerns heard.”

While millions of Americans sit at home and watch the news to see what happens next, many of them are recognizing the need to recognize and buy books by Black authors. And there are no excuses, no reasons to put it off, like before! Now is the time to join a book club and read Roxane Gay or Ta-Nehisi Coates’ new novel. Now is the time to donate to Black-owned bookstores and share Google Docs with the names of Black-owned bookstores via social media. Now is the time to act and reward these authors for their efforts so that, hopefully, Brit Bennett stays at the top of the New York Times Best Sellers for weeks to come.