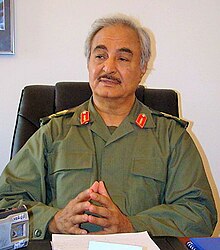 Earlier this week, Al Jazeera reported that police forces in Benghazi, Libya had collected and burned several thousand books, which, police claimed, promoted violence and propagated the ideas of the Muslim Brotherhood and Daesh (aka ISIL aka ISIS).

Security officials condemned the books as a “cultural invasion” that would spread the evils of Christianity, sorcery, and eroticism.

More than a hundred writers, including Radhouane Bouchwicha, Idriss al-Tayyib, and Brazilian novelist Paolo Coelho, whose books were also among those seized, publicly protested, calling the raid an act of “intellectual terrorism” that aimed to “muzzle voices and confiscate opinion and thought.”

The eastern region of Libya where both the confiscation and burning took place is under the control of General Khalifa Haftar’s Libyan National Army. Haftar—a military leader and politician who was closely involved with the 2011 ouster and murder of Muammar Gaddafi—has been consolidating power in the northeast of the country since 2014, and has rejected a UN-backed Government of National Accord, which would unite Libya under a coalition government based in Tripoli, the capital.