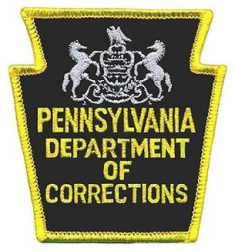 We’ve written almost non-stop about the vital lifeline that reading and writing programs give incarcerated people. But that means we’ve also written countless articles about efforts to curtail those programs.

Today we look to Pennsylvania, where the Department of Corrections seeks to add more hoops between those in prison and valuable reading material.

As Jodi Lincoln–co-chair of Book ’Em, a Pittsburgh non profit aiming to get books to incarcerated people–reports for the Washington Post:

Going forward, books and publications, including legal primers and prison newsletters, cannot be sent directly to incarcerated Pennsylvanians. Instead, if they want access to a book, they must first come up with $147 to purchase a tablet and then pay a private company for electronic versions of their reading material — but only if it’s available among the 8,500 titles offered to them through this new e-book system.

This initiative is an unholy union of the draconian censorship policies taking hold of American prisons, and the insane profit motive expanding our carceral state until it touches the lives of every poor person in this country.

And on the subject of poor people, Lincoln reminds us that “incarcerated people are paid less than $1 per hour, and the criminal-justice system disproportionately locks up low-income individuals.” In short, the $147 reading device is far out of reach for most incarcerated people. Oh, and those books they need to pay a specific prison reader company, many of those are public domain and widely available for free online.

Perhaps more alarming is that the head of the Pennsylvania DOC, Secretary John Wetzel, is president of the Association of State Correctional Administrators. If Pennsylvania’s policies remain in place, other states are sure to follow suit.

The DOC has attempted to justify the change with the idea that illegal drugs enter the prison through book donation programs, but a recent report of the prison indicates that no recent contraband incidents involved book donations.

There’s nothing else to it: incarcerated people have a right to access books, and this does not count as access.