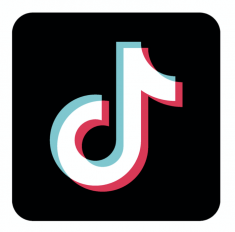 Hello, everyone. We come to you this bright Monday morning to sit you down and remind you of your advancing age and terminally increasing lethargy.

Grab a coffee—let’s break it down.

PenguinTeen has made a viral post on TikTok—a short video of “book domino”—which garnered 11.4 million views, 2.7 million likes, and 12.8k comments. (Didn’t you see it? What’s the matter, don’t you have a TikTok account yet?)

According to Publishers Weekly, six hundred books were lined up like dominoes and tipped over to produce a single tracking shot that loops around PRH’s halls until it culminates with an annoyed woman, crossing her arms at the hooligan who put on such a prank. Text at the beginning of the video cheekily says, “I don’t always stay at the office 3 hours late / But when I do / It’s to annoy the crap out of our cleaning lady with book dominoes.”

In reality, a couple high-level staffers came up with the idea, and the set-up took several hours, complete and strategic gaps so that people could continue using the office as they progressed. (Are you tired? I’m feeling so tired suddenly…)

With the success of the video, a death toll for Millennial social media has knelled, at least in YA spaces:

As TikTok rises in popularity, the PenguinTeen team is looking at which platforms they need to rethink. [Director of Online Marketing Alex] Garber mentioned that they are considering how those older platforms like Facebook, Instagram, and Twitter have changed, how messaging needs to shift, whether the publisher is still reaching that audience, and, if necessary, whether to shift focus away from specific platforms.

Garber continues: “We don’t see [TikTok] as a place for our younger books for the Penguin Kids channel; it’s not quite there yet. But teens? It’s totally where they are. It’s a new platform that’s still trying to figure out what it is and what its content type is, so it still has this kind of Wild West-feel where anybody can be there and take part in challenges and have the potential to go viral.”

You got that? It’s time to start making viral book content on TikTok. Teens are into short videos whose premise is that it’s cute to annoy vulnerable workers. It’s the wild west out there—get thyself to TikTok. With any luck, it will be about as fun as Twitter in a couple years!