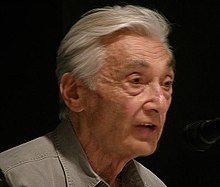 In Arkansas this week, lawmakers are considering a proposed amendment to the state code outlawing the use of historian Howard Zinn’s work in public school curricula statewide.

While school systems around the country frequently ban individual books for salacious or age-inappropriate material, it is extremely rare for a school to ban a work of non-fiction or history, as a quick glance at the ALA’s hundred most banned and books from 2000-2009 shows. One notable exception is Arming America by Michael A. Bellesiles, which was widely and publicly discredited in 2000 for intentionally misconstruing and misrepresenting the historical record in service of its thesis that American gun culture did not become popular until the nineteenth century.

The bill, which is sponsored by Rep. Kim Hendren (R), is one page long. The body of the legislation is below:

A public school district or an open-enrollment public charter school shall not include in its curriculum or course materials for a class or program of study any book or other material: (1) Authored by Howard Zinn from the years 1959 through 2010;and  (2) Concerning the books or other materials under subdivision (1) of this section.

The scope of this bill is broad. It would force Arkansas educators to pretend that Howard Zinn had never written a single book, and furthermore (and this is the really crazy part) would require that they systematically ignore any secondary texts addressing Zinn’s scholarship.

By the logic of the law as written, even materials critical of Zinn’s approach to American history, of which there are many, may be prohibited. Teachers must simply pretend that one of the most influential and most discussed historians of the twentieth century never existed. 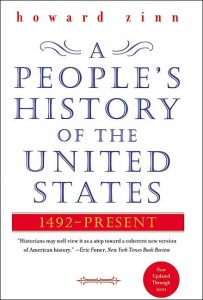 Zinn is best-known as the author of A People’s History of the United States. First published in 1980 by Harper & Row (now HarperCollins), the book has been a source of controversy for decades. Some have accused it of misanthropy (Oscar Handlin, in The American Scholar wrote that “hatred of mankind is the dominant tone of Zinn’s book… He lavishes indiscriminate condemnation upon all the works of man”–yikes!); some of Anti-American sentiment (Mitch Daniels, former governor of Indiana and president of Purdue called Zinn a “terrible anti-American academic”–zing!); some of bad scholarship (Michael Kazin, in a 2004 piece for Dissent, describes Zinn as “an evangelist of little imagination for whom history is one long chain of stark moral dualities,” and who “reduces the past to a Manichean fable”–ouch!).

On the other hand, for many young students of American history (myself included), Zinn’s book introduces a fresh vision of the American project that requires our active engagement. It explains in clear terms the horrors of slavery and the persistence of racial hatred in American politics, the systematic eradication of native Americans, and the gradual degradation of the working classes by robber barons and their political puppets. And it illustrates in great detail that entrenched political and economic power make no concessions to the weak, the poor, the marginalized, unless forced to.

As Melville House author and co-founder of San Francisco’s Howard Zinn Book Fair James Tracy said a few years ago to the San Francisco Chronicle’s Evan Karp, “Howard Zinn’s brilliance was his ability to use history to inspire people to ask hard questions about the future.”  And as to the claims of bias, Zinn himself dismissed them out of hand: “It’s not an unbiased account; so what? If you look at history from the perspective of the slaughtered and mutilated, it’s a different story.”

And whatever criticisms might be leveled against A People’s History, I’d like to think that most of us would agree that the slaughtered and mutilated of history deserve to have their story told.

Advocates at the Zinn Education Project, an initiative of the DC-based nonprofit Teaching for Change and the Milwaukee-based education publisher Rethinking Schools, certainly think so, which is why they’re gathering quotes from Arkansas teachers protesting the legislation and collecting funds to distribute copies of A People’s History to any teacher asking for one. You can donate to their efforts here.