It’s prize time again — now the spotlight is on the Baileys Women’s Prize for Fiction, for which the longlist was announced yesterday on International Women’s Day.

The Baileys is one of three major book prizes in the UK, the others being Man Booker Prize and the Costa Book Award. This year, judges Tessa Ross (chair), Aminatta Forna, Sam Baker, Katie Derham, and Sara Pascoe whittled 189 entries—the biggest haul of entries the prize has seen in years—down to a longlist of sixteen books. In a statement, Ross said:

The judges had an unusually large number of books of extraordinary quality to choose from this year, and so I can’t say that it was an easy process to come up with a list as short as sixteen… However, we’re all thrilled by where we’ve ended up and truly excited by the quality and range of talent on this year’s longlist. It’s a great showcase for the very best contemporary women’s fiction — we hope that it will inspire readers everywhere.

The prize is open to female English-language writers from around the world, and this year’s longlist includes authors from the US, the UK, Ireland, Nigeria, South Africa, and Canada. The shortlist will be announced on 3 April, with the winner being revealed at an awards ceremony at the Royal Festival Hall in London on 7 June and presented with £30,000 (about $36,500). While the variety of fiction on the longlist is impressive, ranging from speculative to historical to noir, the risks taken on authors, regrettably, seem not to be. This year we see only three debut novels: Ayòbámi Adébáyò’s Stay With Me, Emma Flint’s Little Deaths and Fiona Melrose’s Midwinter. Last year’s list included eleven. Unmistakably, the nominees in 2017 are mostly big, recognized names, including three previous winners: Rose Tremain, Linda Grant, and Eimear McBride.

So what does this say about the state of the British book industry? Sadly, it once again highlights how difficult it is for independent publishers to cultivate bestsellers from new talent, when few avenues exist to bring such talent to the forefront. Back in January, on the eve of the Costa Awards, Danuta Kean wrote in the Guardian about a warning being offered by Jonny Geller, an agent with Curtis Brown:

Cutting-edge British literary fiction risks being undermined by its growing reliance on a handful of powerful book prizes, a leading literary agent has warned. But the associated costs of entering the biggest awards mean independent publishers willing to take risks on “difficult” works without obvious marketing potential are being shut out of contention…

Some small publishers say the cost of entering the three top awards—the Man Booker, the Baileys prize for women’s fiction and the Costa books of the year—alongside pressure on juries to choose winners that have sponsor-pleasing commercial impact, rather than “difficult” books less appealing to general readers, mean they are wary of entering experimental work.

Add on top of this the £5,000 it costs to enter a book in the first place, as well as potential author travel costs, and even the submission process can seem a tough call for small publishers.

Juliet Mabey, publisher of Oneworld (the British house behind the UK publication of Paul Beatty’s Man Booker–winning The Sellout), told Kean how important prizes can be to indies in a publishing word dominated by the conglomerates:

“The attention prize judges pay to books which might otherwise go under the literary radar is critical,” she said. “For literary fiction, a prize nod can make all the difference. A novel that might only sell 2,000 copies could sell 500,000 if it wins the Baileys women’s prize for fiction or the Man Booker prize.” 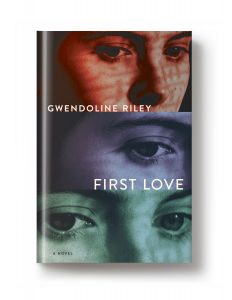 While the picture may seem a little on the grim side, one ray of light is that Melville House’s own Gwendoline Riley has been longlisted for her novel First Love, out in the US this month (and published in the UK by Granta). It’s a powerful and beautifully observed novel, and we’re delighted it’s getting its dues. Still, relying on prizes to sell books means playing a game where the odds are rarely stacked in your favour — particularly if you’re an independent publisher.