On literary citizenship and giving back to the literary community 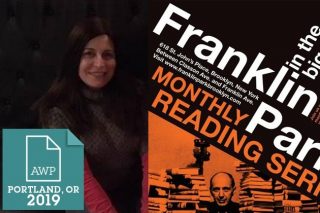 “Literary citizenship”—we hear this term tossed around a lot. From MFA programs to online literary communities, being a “lit citizen” is tantamount to being, well, a person with more than just career aspirations. It’s kind of like working in an office; everyone’s there to get paid and to climb the ladder, but if that’s all you care about, you’ll likely be ostracized by your peers. This is how literary citizenship works.

But okay, here’s a definition, as provided by Shannon Cain, author of The Necessity of Certain Behaviors:

Also worth perusing, Susan DeFreitas listed out some key literary citizen touchstones for LitReactor. Though there is no one way to be a citizen, it ultimately comes down to heart and passion.

A local (to us) example: Penina Roth. Deemed the “heart of literary Brooklyn” by Brooklyn Magazine, Roth is the founder of the Franklin Park Reading Series (which just celebrated its TENTH anniversary). She has single-handedly proven that the literary reading is a cultural staple, with the Franklin Park Reading Series hosting a true “who’s who” of writers including Roxane Gay, Colson Whitehead, Kiese Laymon, Marlon James, Mary Gaitskill, Jennifer Egan, Tayari Jones, Edwidge Danticat, and more. I mean, just look at this list. It’s impressive.

The Franklin Park Reading Series alone establishes Roth as an exemplary literary citizen, but she is also a dedicated reader, spreading the word about writers both established and emerging. She can frequently be seen cheering on writers at events across New York City, attending conferences, and most of all, helping writers in a time of need. She’s become such a champion for literary citizenship that she will be speaking as part of a panel at this year’s AWP (Association of Writers & Writing Programs) conference in Portland, Oregon.

Now Roth is facing her own financial hurdles, and the Brooklyn literary community has stepped up to help, donating to a gofundme campaign to help cover the costs to attend the panel.

Literary citizenship is a two-way street. It means being a part of a community; it means not only writing but also reading the work of others. Most of all, it means being there for others.