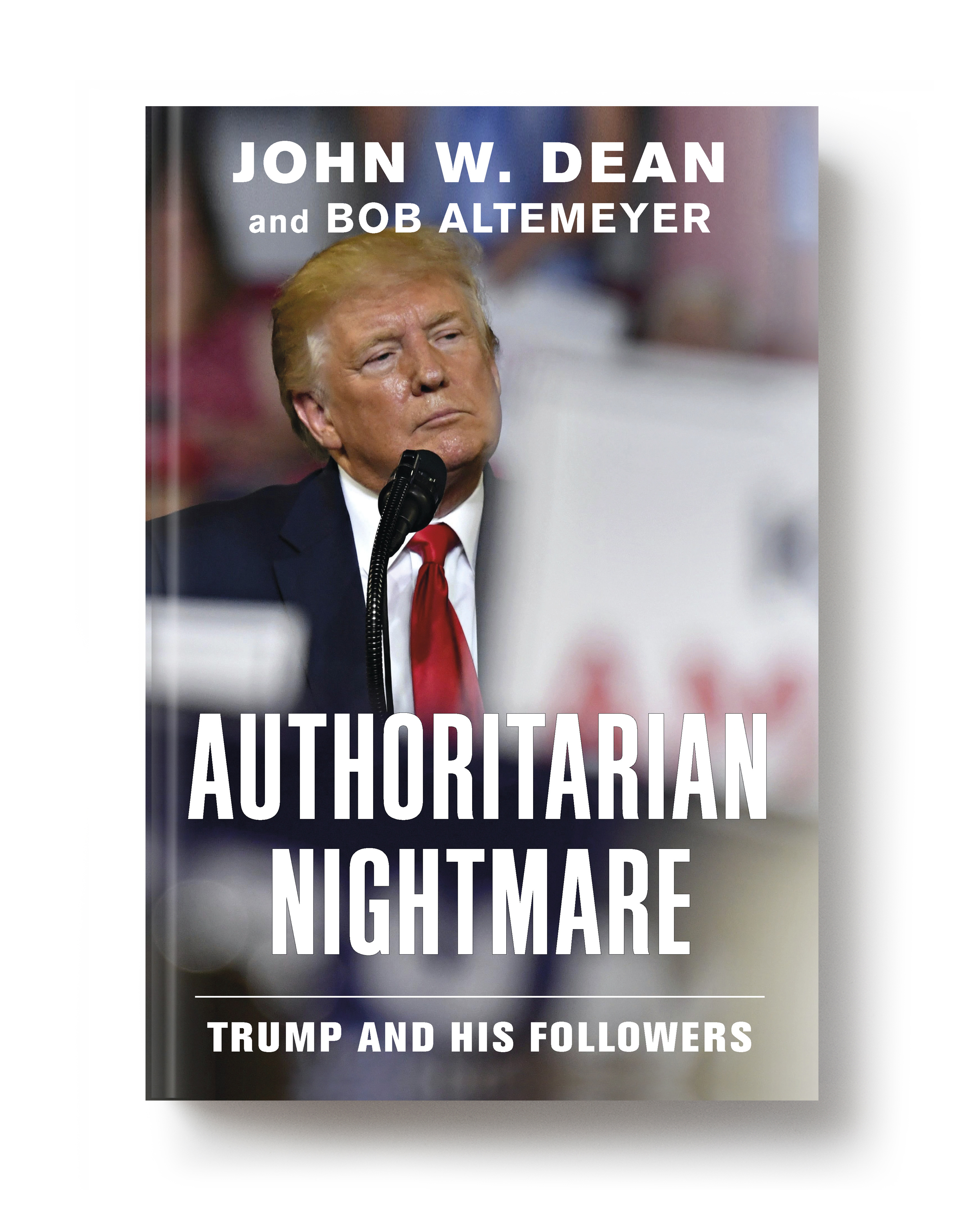 On Monday the New York Times published one of their intermittent “what’s going on in publishing” articles, this one titled “Trump Books Keep Coming, and Readers Can’t Stop Buying.” Times media reporters Elizabeth A. Harris and Alexandra Alter noted that “Trump book sales are still soaring” and that over 1,200 “unique titles” about the current occupant of the White House have been published over the last four years, as compared with 500 during Barack Obama’s first term.

Among these books, at least nominally, is our very own Authoritarian Nightmare: Trump and His Followers, written by John W. Dean and Bob Altemeyer, and published on August 25. But Dean’s book differs in substantial ways from the books tabulated by Harris and Alter, the majority of which are tell-all exposes penned by the ever-mounting cast of exiles from the White House’s revolving door of staff exits.

Although the Harris and Alter state that “the boom times have extended beyond dishy memoirs and firebrand defenders,” you wouldn’t necessarily know it from the books they list. Some of our peers have earlier found cause to question the lasting value of these tomes, arguing that they valorize the act of reserving the juiciest takes or observations for private gain.

Again, not so Authoritarian Nightmare. As John Dean himself put it in a brief but eloquent message last week, Trump’s followers “don’t give a tinker’s damn about democracy.” The book has grown out of a decade of reporting and research by Dean and his co-author, a psychologist named Bob Altemeyer, and is a thorough and eye-opening accounting of the growth of the president’s base and of the peculiar set of psychological quirks that cause them to support a man who is in many ways conspicuously unlike them.

In their report, the Times listed “subgenres that have emerged” since 2016, including “books that praise the president, books that criticize him, White House memoirs, [and] journalistic narratives.” Perhaps they should have added a separate category of one for “books that actually explain what is going on in our country.”