Early yesterday morning, while you were sleeping, twenty-four other people became geniuses, officially. It happens every year about this time. You get in bed, you sleep (or try to sleep), you wake up, and you feel the same. You are the same, at least as far as you can tell in the mirror. But select others, according to an announcement that just keeps popping up on Twitter, have changed. They have evolved into geniuses. And now they’re off to the bank to claim their genius prize.

Don’t be bitter. The announcing of MacArthur geniuses takes but one night, sure, but the making of a genius takes — well, much longer. So there’s, uh, still time for us. Just ask any of this year’s recipients of the MacArthur Fellowship, popularly known as the “genius grant.”  Together, the year’s recipients represent a smart and varied collective of artists, writers, historians, musicians, computer scientists, social activists, and architects. And their projects, no surprise, are as varied and interesting as their respective fields. The one thing they all have in common is their stated genius.

The “genius grant” is a project of the John D. and Catherine T. MacArthur Foundation. The fellowship—a no-strings-attached prize of $625,000—is awarded annually to a group of workers, in any field, who are then free to use that money toward a project of their choosing. The “project” can be anything from finally paying off all that genius-generating student debt, as Jason De León, an anthropologist and 2017 recipient, has vowed to do, to establishing a “Racial Imaginary Institute,” as poet Claudia Rankine announced she’d be doing following her 2016 win.

We’re happy that two of our author woke up changed in this particular way yesterday morning: Trevor Paglen and Cristina Jiménez. Ian has more on them here. 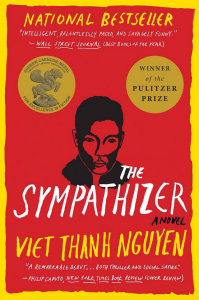 But book-ish blog that we are, we’d be remiss if we failed to also congratulate 2017’s geniuses of the novel-making variety. This year there are two, and both have dedicated their literary careers thus far to offering voice to communities more often than not perceived as silent (read: ignored) in America. About recipient Viet Thanh Nguyen, author of The Sympathizer (which earned the author the Pulitzer Prize for Fiction in 2016) and this year’s The Refugees, the MacArthur Foundation writes that “Nguyen reveals how depictions of the Vietnam War, and of the refugees it displaced, often fail to capture the full humanity and inhumanity, the sacrifices and savagery, of participants on opposing sides of the conflict.” Nguyen is also the author of a non-fiction study of the Vietnam war entitled Nothing Ever Dies.

Nguyen speaks to his projects in an introductory video created by the Foundation:

“The long game is to think about how my work can influence the memory of this war, war into the future, after I’m gone. 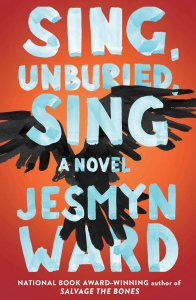 The other novelist to receive the award is the great Jesmyn Ward, author of the National Book Award-winning Salvage the Bones, the memoir Men We Reaped, and, most recently, Sing, Unburied, Sing. Ward also served as the editor of the The Fire This Time (but not our The Fire This Time), an anthology of essays and poems about race. Here’s what the MacArthur Foundation had to say about her work:

In prose that is simultaneously luminous and achingly honest, Ward captures moments of beauty, tenderness, and resilience against a bleak landscape of crushing poverty, racism, addiction, and incarceration….

In her novels and nonfiction accounts of her own experiences with loss and injustice, Ward is offering a raw and powerful portrayal of the circumscribed possibilities and lost potential faced by many African Americans after generations of racial and economic inequality.

Ward herself explains it best herself: “I don’t shy away from tough topics because I see all the issues and the terrible circumstances that I write about around me.” Later on in the video she notes, “It was hard for me to find books that featured someone like me, and that made me feel a little invisible.”

Congratulations to all the geniuses! As for the rest of you, as we’ve said before: Get back to work.