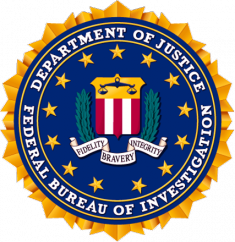 A strange fever overcame American voters in late 2016. Something that could have only resulted from our blindness to history. Something that makes us rethink the very foundations of our democracy. Something that likely had our activist forebears rolling over in their graves.

I am, of course, talking about the completely ludicrous idea that the Federal Bureau of Investigation—a brutally racist organization with a trail of dead bodies and shattered lives in its wake—was somehow a comrade, maybe even a savior, in the war between the people of this country and President Donald Trump.

A few weeks ago in “the FBI is not your ally” news, we covered the organization’s war against black independent booksellers in the late 1960s. This week’s installment comes to us from George Joseph and Murtaza Hussain over at the Intercept.

The article explains how recently-released documents—obtained by civil rights lawyers through Freedom of Information Act requests—show that the FBI has been keeping closer tabs on Black Lives Matter activists than was previously understood. Joseph and Hussain write:

At the height of 2014’s Black Lives Matter protests in Ferguson, Missouri, FBI agents tracked the movements of an activist flying in from New York, and appear to have surveilled the homes and cars of individuals somehow tied to the protests, according to recently released documents provided to The Intercept.

The documents, which include FBI emails and intelligence reports from November 2014, suggest that federal surveillance of Black Lives Matter protests went far beyond the online intelligence-gathering first reported on by The Intercept in 2015. That intelligence-gathering by the federal government had employed open-source information, such as social media, to profile and keep track of activists. The newly released documents suggest the FBI put resources toward running informants, as well as physical surveillance of antiracist activists.

One report refers to a specific activist’s itinerary from New York to a protest in Ferguson, Missouri. It also focuses on the money that activists had raised in the event that their fellow marchers needed bailing out of jail. What the reports don’t mention is a credible threat of violence, which in turn makes any report on these activities interpretable as harassment, overreach, or a continuation of COINTELPRO tactics.

As the Intercept piece concludes:

“The FBI and Department of Homeland Security are at war with black activists,” said Rashad Robinson, the executive director of Color of Change. “Up until recently, we’ve known very little about the government’s surveillance of our communities. But, by forcing the disclosure of more information about these surveillance efforts, including our demand today for the full and unredacted ‘race paper,’ we can better understand these attacks on black activism and fight to prevent a new generation of black activists from demonization, incarceration, intimidation, and punishment.”

The FBI’s war on black activists is a long history, rife with antagonisms and little-known. What we do know—for instance, that the bureau’s intrusions on Dr. Martin Luther King, Jr.’s life included attempting to blackmail him into suicide—is astounding. 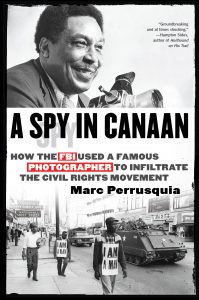 A new, inside look at some of the many lives overturned by COINTELPRO, and other dirty FBI surveillance tactics from the height of the civil rights era, publishes next week: Marc Perrusquia’s A Spy in Canaan. It, too, will add to what we know. And it is a book that could only have been written after decades of research and relentless FOIA requests, like those sought by Color of Change and the Center for Constitutional Rights on behalf of Black Lives Matter activists.

So, please, let’s remember who our friends are (journalists and activists) and who they aren’t (the FBI, sheesh).