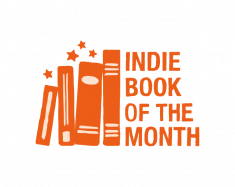 dependent bookshops, unite! The Booksellers Association (BA), a membership organisation for all booksellers in the UK & Ireland, representing over 95% of bookshops, is launching a scheme to promote one adult fiction title and one children’s title per month.

Back in 2017, the BA launched the Children’s Book of the Season, chosen by a panel of indie booksellers from a range of new children’s titles submitted by publishers. The scheme proved so successful it was extended to become a monthly occurrence rather than quarterly, rebranded as the Independent Booksellers’ Children’s Book of the Month. Now the BA will extend the idea even further, introducing an Indie Book of the Month for adult fiction. Emma Bradshaw, head of campaigns at the BA, said, as reported by The Bookeller:

“Our Independent Booksellers’ Children’s Book of the Month initiative has proved hugely popular with publishers, authors, booksellers, and–most importantly–readers. Independent bookshops play a vital role in connecting books with readers, and we’re very excited to be rolling out the campaign to include adult fiction, under the new name of Indie Book of the Month.”

Let’s not underestimate how important it is to support your local bookshop. The high street landscape has and is changing dramatically. As Alison Flood wrote for the Guardian earlier this year:

The litany of bookshops that have disappeared from the UK’s high streets over the last two decades is long and sobering: chains such as Ottakars, Books etc, Dillons and Borders, and more than 1,000 independents. But over the past two years, indies have been quietly flourishing.

It was reported by the BA that there were 883 independent bookshops in the UK last year, an increase of 15 stores from 2017. This has to be celebrated in an age when Amazon wants total global domination. Fiction needs a boost though: The Publishers’ Association have reported that in 2018 fiction revenues fell 3%, the lowest recorded in the last five years. So this new Indie Book of the Month can only be a good thing.

Let’s add to this the hope that the BA will reciprocate the indie love and take into consideration how important small, independent publishers are. Looking at the twelve Children’s Book of the Month selections to date, only two books chosen have come from a small indie: Nosy Crow (No Ballet Shoes in Syria by Catherine Bruton and Anna at War by Helen Peters). The rest are from the conglomerates, or large indies like Bloomsbury and Faber, who cannot be compared and do not operate like their smaller, distant cousins.

Can we please celebrate independence and small business both on the bookselling and publishing side, please? What a handsome pairing that would make.

The first Indie Book of the Month will roll out in March 2020. Publishers are able to submit their titles March, April and May titles for consideration now, contacting the BA for an application form and submitting by 10th January: [email protected]