The nominees for the New Academy Prize for literature have been announced. 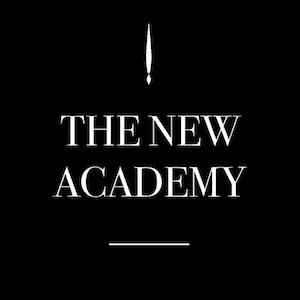 Photo via The New Academy

The New Academy has clearly taken steps to make it’s nomination process distinctly transparent and democratic, compiling their original list of 47 authors from the recommendations of a number of Sweden’s librarians. This list was then voted on by the general public and narrowed down to just three writers: Maryse Conde, Neil Gaiman, and Kim Thuy. (Note: Haruki Murakami asked to withdraw his nomination).

The New Academy Prize was established “to warrant that an international literary prize will be awarded in 2018, but also as a reminder that literature should be associated with democracy, openness, empathy and respect.” The final decision will be made by a jury of distinguished Swedish figures, including Ann Palsson, editor and independent publisher, Lisbeth Larsson, professor of literature at Gothenburg University; Peter Stenson, an editor, former translator and former publisher and president for Atlantis Bokförlag; and Gunilla Sandin, librarian director and former program director for the Gothenburg Book Fair.

The presence of Murakami, Gaiman, and Conde amongst the four finalists is especially significant in that all three are arguably best known for their works of genre fiction. Such works rarely win, or are even nominated for, major literary prizes. The nomination of these authors points to the New Academy’s intent to democratize the award process, distancing itself from the elitism oft associated with the Swedish Academy by allowing librarians and a global audience to determine the final four nominees.

Kim Thuy, spoke to 680News on her fellow nominees: “I see them as cultural icons — veteran writers — while I’m just at the beginning of this adventure…they are thousands of kilometres ahead of me.” Echoing that sentiment, Neil Gaiman was “thrilled” to be selected.

I’m thrilled to be on that shortlist. Winning would not make me any happier than being on that list makes me. So I don’t think of it as being up against opponents, just as being in glorious and honoured company. https://t.co/tXIfQGrf2b

As exciting as this literary short list is, it’s also short lived. You won’t find any nominees or prize winners in 2019.

The Academy intends to disband after the award ceremony in October. However,  its ideals make a bold statement on the critical role literature plays in forging connection in an increasingly fractured, polarized world. Whether or not the Swedish Academy will take cues from its one-time-only substitute remains to be seen.