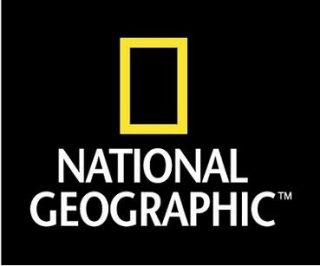 Great news, everybody! National Geographic, the grande dame of doctor’s office reading since 1888, has acknowledged the obvious fact that much of their content over the past 130 years has, in fact, been super-racist.

As Jesse J. Holland reported last week for the Associated Press, National Geographic’s (first female) (and first Jewish) editor-in-chief, Susan Goldberg, wrote a letter for the magazine’s April issue. The headline? “For Decades, Our Coverage Was Racist. To Rise Above Our Past, We Must Acknowledge It.” In it, Goldberg takes responsibility for decades of racist (not to mention sexist) content.

As Holland reports, this mea culpa comes on the heels of an investigation by John Edwin Mason, a historian of photography at the University of Virginia. This investigation—undertaken at the magazine’s behest—shows that, until the 1970s, National Geographic basically ignored people of color in the United States unless they were laborers or domestic servants. The magazine also headily and unambiguously exoticized non-whites in foreign lands, as “famously and frequently unclothed, happy hunters, noble savages — every type of cliché.”

But wait! There’s more! The study also showed that National Geographic played into the stereotype that native people were fascinated by the White Man’s technology, and relied disproportionately on content involving beautiful nekkid ladies. Mason writes:

National Geographic wasn’t teaching as much as reinforcing messages they already received and doing so in a magazine that had tremendous authority.

The letter makes mention of several cringeworthy issues: a 1941 article referring to California cotton workers with the just superb line, “pickaninny, banjos, and bales are like those you might see at New Orleans”; the full issue in 1916 devoted to Aboriginal Australians, calling them not only “South Australian Blackfellows” but also “savages” who are the “lowest in intelligence of all human beings”; and, more recently, the happy-go-lucky 1962 story on South Africa that didn’t mention the Sharpeville Massacre of two years earlier, in which sixty-nine peaceful protestors were murdered by police (and 180 people seriously wounded) within two minutes.

This self-reckoning is obviously a step in the right direction, but have things really changed? Or is National Geographic simply capitalizing on the current socio-political climate to sell more magazines? Victor Ray makes a damn fine point in an opinion piece at the Washington Post: “The cover story for this issue traffics in the very racial cliches the magazine’s editor says National Geographic was guilty of in the past.” Ray is absolutely correct: The cover shows a pair of eleven-year-old twin girls of mixed race, with a headline averring that their story will make us “rethink everything we know about race.” This seems tailor-made to play on our learned racism — a fearful fire NatGeo has been happily, profitably stoking for 130 years. Because the “we” is so obviously “white Americans,” and, as Ray notes, “the story of these children doesn’t break new ground so much as reinforces dangerous racial views. The girls in the photo, with their differing skin tones, are depicted as rare specimens and objects of fascination.”

Lola Adesioye at the New Statesman frames the problem another way: this magazine, along with many many others, is “written by white people for other white people.” She’s right. And until that changes—until National Geographic includes in its intended readership members of the races and cultures it has profited from depicting—how thorough can this reckoning truly be?