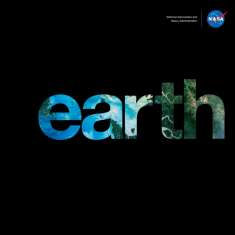 If you’ve been following the Melville House climate campaign, we’re sure you’re all fired up about climate change. We’ve been working on starting reading groups, we had an Ask Me Anything with climate scientist Katherine Hayhoe on Reddit last week, and we are trying to get as many people to continue the conversation as we can.

With so many climate change deniers and people that have simply given up on trying to save the precious earth, it can be exhausting to fight for what the environment needs. This month, however, NASA released a perfectly-timed reminder of why we need to continue to take action. Earth is a satellite imagery photo book that was released in print for $50 and in electronic forms for free (!!) earlier this month.

Part of the book’s foreword, written by Michael Carlowicz, a managing editor of the NASA Earth Observatory, reads:

We chose these images because they inspire. They tell a story of a 4.5-billion-year-old planet where there is always something new to see. They tell a story of land, wind, water, ice, and air as they can only be viewed from above. They show us that no matter what the human mind can imagine, no matter what the artist can conceive, there are few things more fantastic and inspiring than the world as it already is.

“Inspirational” is truly the perfect description of the images. Trevor Mogg of digitaltrends.com agrees, and explains that each image is accompanied by both a description and a full story of what exactly the satellite captured. Mogg also provided an easy link to download the electronic versions. Go on, friends. Go be inspired.