Nabokov on the bench 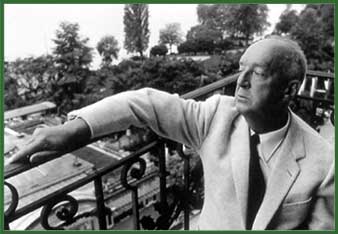 A Saturday New York Times report by Adam Liptak points to new transcripts of interviews with “eight Supreme Court justices describ[ing] how they write their opinions, what they look for in briefs and the art of legal writing generally.” The interviews were undertaken by Bryan A. Garner, the president of LawProse, a legal-writing company, and published in The Scribes Journal of Legal Writing.

According to Liptak, “The justices turn out to be a surprisingly literary bunch. Justice Kennedy, the court’s swing justice, had barely started talking when he began quoting from Hamlet, and he went on to discuss Dickens, Trollope, Faulkner and Solzhenitsyn.” “Justice Stephen G. Breyer, who has been known to cite foreign law in his opinions, said he looked abroad for literary inspiration, mentioning Montesquieu, Wittgenstein, Stendhal and Proust.”

Most interesting, however, are the remarks of Justice Ruth Bader Ginsburg who said “her writing style owed something to Nabokov, from whom she took a course at Cornell.”

Scribes: How did you originally cultivate your skills as a writer?

Ruth Bader Ginsburg: I attribute my caring about writing to two teachers I had, not in law school but as an undergraduate at Cornell. One was a teacher of European literature. His name was Vladimir Nabokov. He was a man in love with the sound of words. He taught me the importance of choosing the right word and presenting it in the right word order. He changed the way I read, the way I write. He was an enormous influence. And I had a kind and caring professor, Robert E. Cushman, for constitutional law. I worked for him as a research assistant. In his gentle way, he suggested that my writing was a bit elaborate. I learned to cut out unnecessary adjectives and to make my compositions as spare as I could. To this day, I can hear some of the things Nabokov said. Bleak House was one of the books we read in his course. He read aloud the opening pages at our first lecture on the book — describing the location of the chancery court surrounded by persuasive fog. Those pages paint a picture in words.

Scribes: Did Nabokov live to see you become a judge?

Scribes: Did you stay in touch with him after you left Cornell?

RBG: Not after he wrote Lolita, a huge success, and went off to Switzerland to catch butterflies.