Over the weekend, Mississippi State Representative Karl Oliver took to Facebook to express his outrage about efforts to remove Confederate monuments from various states throughout the South, going so far as to call such measures in Louisiana “Nazi-ish” and suggesting their proponents should be lynched.

The destruction of these monuments, erected in the loving memory of our family and fellow Southern Americans, is both heinous and horrific,” he wrote. “If the, and I use this term extremely loosely, ‘leadership’ of Louisiana wishes to, in a Nazi-ish fashion, burn books or destroy historical monuments of OUR HISTORY, they should be LYNCHED! Let it be known, I will do all in my power to prevent this from happening in [Mississippi]. 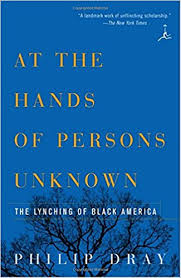 According to WJTV12, Carlos Moore of Louisiana filed a lawsuit against Oliver on Tuesday, alleging the post (like some others from Oliver’s supporters) was “intended to communicate a death threat to anyone in Mississippi who might take action lawfully to secure the removal of Confederate monuments.”

Part of Moore’s suit requests that Oliver and several other representatives and state officials read Timothy Tyson’s The Blood of Emmett Till and Phillip Dray’s At the Hands of Persons Unknown: The Lynching of Black America and provide “written summaries of each book that are no less than 3,000 words to the court.” Oliver has released an apology—“I acknowledge the word ‘lynched’ was wrong… I am very sorry… I do not condone the actions referenced, nor do I believe them in my heart”—but both Oliver’s fellow Republicans in Mississippi and the Mississippi Legislative Black Caucus have condemned his language. State Representative Sonya Williams Barnes responded with a post of her own:

The shameful, but seemingly extremely comfortable, choice of words used by my colleague Rep. Karl Oliver, were offensive to me as the act of lynching was commonly used and most targeted toward African American men, women and children in the south and especially in our state.

I commend Louisiana’s leaders for taking the brave stance to remove the offensive monuments from public areas in their city. It is time for Mississippi to make similar strides as many in our state find the state flag offensive and non-representing of all Mississippi residents.

We look forward to your book report, Representative Oliver!