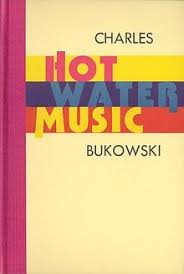 Porter Square Books—a Cambridge, Massachusetts indie bookseller and dear friend of Melville House—has a problem. It’s an ongoing problem, and one shared by many booksellers: a very specific set of books keep disappearing.

Paperbacks by a very specific type of freewheeling, macho author—Bukowski, Kerouac, and Hemingway to name names—seem to exit bookstores, without first making pit stops at the register, in much higher numbers than other books.

Steve Annear at the Boston Globe reports on some of Porter Square’s creative shoplifting-deterrence measures:

At one point, volumes by such writers as Charles Bukowski and Jack Kerouac disappeared so often at the Cambridge shop, owner Dina Mardell and her staff tried to flip the script and set up a display of the “Most Frequently Stolen Books.”

“It was in a prominent place so that we could see it, but also so other customers could see it,” she said. “And believe it or not, books were stolen from that.”

But sometimes you can’t funny your way out of a pinch, and books by these authors have now been fortressed behind the counter. Placeholders in the “B,” “H,” and “K” sections point would-be-thieves (and paying customers, presumably) to seek help at the cash register.

Some working theories on why these titles in particular keep disappearing include: (1) the robust high school and college market for these authors (that is, the titles are easily resellable to those in need of course materials); and (2) a new generation of readers hopes to emulate these authority-bucking authors by sticking it to The Man in the form of theft.

But it is perhaps a misnomer to label indie booksellers The Man, and it’s worth pondering whether some code of manliness—a certain thrill of the hunt that these authors celebrate—is sounding to some readers as a call to theft.

Anneal goes part of the way toward exploring that gender dynamic by identifying a clear outlier in another area bookstore:

Barry Hoberman, an employee at Wellesley Books, said the store is more of an outlier. When asked about the safety of the Beat authors, he laughed.

“I can only think of one author,” he said. “Danielle Steel, of all people.”

Two years ago, the store put up a sign: If you want some Steel, see the clerk at the counter.