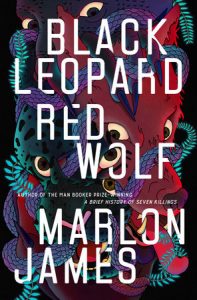 Unless you live under a rock, you’ll have heard that Black Leopard, Red Wolf, the new novel and first of a trilogy by Booker Prize winning Jamaican author Marlon James, is being hailed as the “African Game of Thrones.” Like yeah, duh, of course that book is going to go insta-screen. We knew that. But what we didn’t see coming? Michael B Jordan at the producer’s helm.

The actor-turned-producer and Warner Bros. have picked up the rights to the epic African fantasy written by Marlon James, with Jordan set to produce the adaptation via his Outlier Society. The deal marks the first for Jordan’s Outlier since signing a first-look deal with the studio last month.

While Jordan is new to producing, Outlier Society co-produced the Emmy-nominated HBO Films’ adaptation of Fahrenheit 451, which netted Jordan a PGA Award.