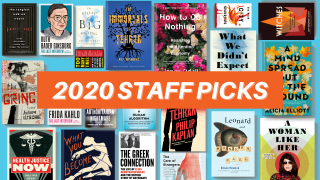 It’s time for the annual ritual where we begin reflecting on the year as it comes to an end. Except 2020 is arguably different than the previous years. People can’t dash across the 2020 | 2021 line fast enough. This year, we have a feeling many people won’t be fondly reminiscing on 2020’s happenings. Why? Well, for one, there was a lack thereof. We have an inkling many will leave 2020 in the past and never look back. Can’t say we blame you. For lack of a better word, 2020’s been a sh!t year.

As divided as the country may be, it’s safe to say that we can all agree on one thing: 2020 was ROUGH—like, unshakably rough. Each month sprung its very own set of challenges to overcome. And as tempting as it is to focus on the incredibly long list of things that didn’t go as planned this year (the Covid-19 pandemic, raging wildfires, Trump being, well, Trump, Ruth Bader Ginsburg’s passing—just to name a few), we’re aiming to revert our attention to the ways in which we prevailed in 2020.

As an independent book publisher, we’re wiping the sweat off our brow thinking to ourselves, “Wow. We survived that one.” Dennis Johnson, co-founder and publisher of Melville House so eloquently put it this way: “We survived because, as it turns out, people love books, and bought a lot of them even though it wasn’t easy to do so (even on Amazon, which classified books as “unessential”). That was really heartening.” We also couldn’t have survived these unprecedented times without author contributions and the boundless support we received from indie booksellers.

In 2020 we published a grand total of thirty-four books on a wide-range of topics and genres — political manifestos, eye-opening memoirs, literary fiction sensations. “We were able to get John Dean’s incredibly timely Authoritarian Nightmare, for example, in stores about sixty days after he brought it to us. We got a lot of copies out there, and it did really well, which is great, because it’s an important book that will help people understand and do something about the autocratic movement in this country,” says Johnson.

So, before we wrap a pretty little bow around 2020 and kick it to the curb, we decided instead of doing one of those “best of the year” lists, we’d simply ask our staff members what book we published in 2020 they’d recommend to readers. Here’s what they came up with. 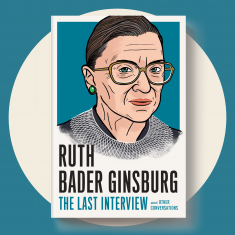 Ruth Bader Ginsburg: The Last Interview and Other Conversations

“In an already difficult year, losing RBG hit even harder than expected. When I needed moments of inspiration, I would pick up this collection of interviews with the iconic supreme court justice, interviews that spanned her entire career and revealed a lesser-known side to her. While RBG may be gone, her influence lives on and this book is the perfect tribute to her memory.” —Stephanie DeLuca, Director of Publicity 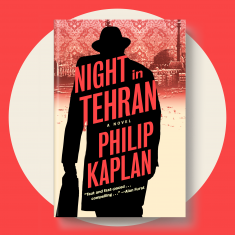 “A taut, suspenseful espionage thriller set in Tehran during the tumultuous lead-up to the Iranian Revolution. The protagonist is a young idealist who works for the US State Department, and sometimes the CIA, and his assignment is to convince the Shah it’s time to step down, and find a solid replacement before the radical mullahs take over. Giving the tension the hard snap of reality is the fact that the author of the book is a former US ambassador — who, as a young diplomat, worked the Iran desk at State during the actual revolution.” —Dennis Johnson, Co-Publisher

Witches: The Transformative Power of Women Working Together 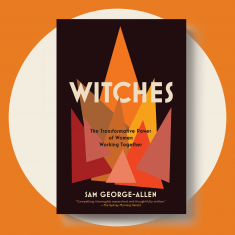 “When women gather, great things happen. So argues Sam George-Allen in one of my favorite books of the year. Engaging, sharp, and witty, the debut author looks to groups from covens to girl bands, ballet troupes to convents, to shake off the myth of the “catty workplace” and celebrate the power of women working together. An overall enlightening and uplifting read.” —Amelia Stymacks, Director of Digital Marketing 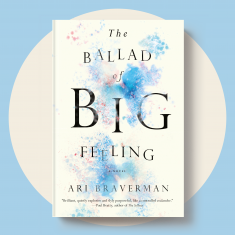 The Ballad of Big Feeling

“In her remarkable debut novel, Ari Braverman has artfully captured the strangeness, terror, and boredom of everyday life (sound familiar?). It’s deeply attentive to the physical and emotional relationships between people, things, and their habitations and full of compassion and curiosity. A great read in lonely times.” —Simon Reichley, Director of Operations & Rights Manager

The Tangled Web We Weave: Inside The Shadow System That Shapes the Internet 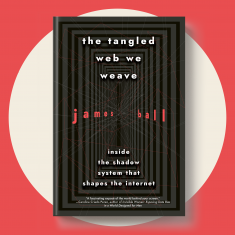 “As someone who experienced their coming-of-age online, I have always been fascinated by the internet and its boundless potential. As tech journalist and WikiLeaks alum James Ball illustrates in The Tangled Web We Weave, the very same logics that enabled it to become a ‘thing of revolutions’ also make it vulnerable to the whims of bad actors. In clear and accessible terms, James Ball unpacks this complicated system — covering everything from the web’s early pioneers and those who install its complex machinery, to the more nefarious data harvesting processes that take place. The pandemic has forced many of us to reckon with the outsized role big tech players like Apple, Amazon, and Google continue to play in our lives. But if we have any chance at reining them in, we have to understand how this system works.” —Selihah White, Publicist

A Mind Spread Out on the Ground 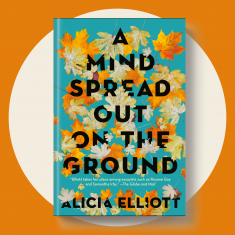 “As someone who loves memoirs and essays by diverse female writers, I knew I was going to love this book. Alicia Elliott is a writer of refreshing candor. Her honest approach to unifying personal, private recollections with political and social commentary is impressive and eye-opening.” —Allison Green, Social Media Manager “I haven’t really stopped thinking about City of Sparrows since I first read it. Based on true events, it is the story of Sami, a young man in Syria who’s life is suddenly and drastically turned upside down when the government turns on its own people. It is a powerful story of hope and perseverance, but also a love story to home as both a place and an idea.” —Alyea Canada, Editor 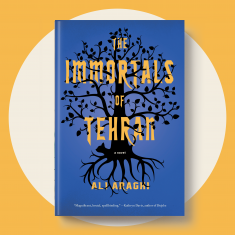 “A sweeping tale of the Torkash-Vand family and the curse that determines each generation’s entwined fate. Araghi brilliantly blends Persian history and tradition with a contemporary magical realism to render an alternately thrilling and heartbreaking vision of Iranian life. A mute poet’s words glow and burn; wedding dresses erupt into floral bouquets; there is brilliant intellect and profound love.  And always, the question of time — too much and never enough — and the pain of immortality.” —Tim McCall, VP & Associate Publisher

What You Become in Flight 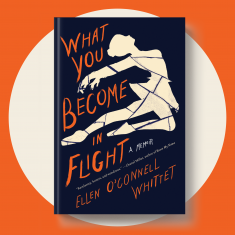 “If you’ve been spending a lot of time this year flat on your back, questioning your life trajectory while every dream and illusion you labored under crumbled into dust, I have just the memoir for you. Ellen O’Connell Whittet was a ballet dancer with a promising career ahead of her. But after years of enduring and ignoring injury and one particularly devastating failed leap, she literally broke her back. In a single moment, her life as a dancer was over. While a certain amount of anger helped her move on, which she accesses in reconsidering the self-hatred and internalized misogyny built into classical ballet, this memoir does not shy away from simply mourning the loss as well—the only real way to move forward and find yourself again.” —Athena Bryan, Editor 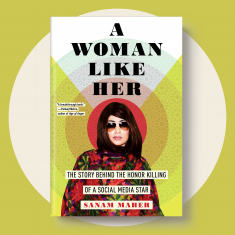 A Woman Like Her: The Short Life of Qandeel Baloch

“Two powerful books hailed from Pakistan this year. Fatima Bhutto’s gripping novel The Runaways. The other is Sanam Maher’s A Woman Like Her, a chronicle of the life and death of Qandeel Baloch, Pakistan’s greatest social media star whose too-short life came to a terrible end when her older brother murdered her in order to protect ‘family honor.’ This is a fascinating dissection of Pakistan’s culture wars, as well as a poignant and beautifully written book about a brave, outspoken and unique woman.” —Carl Bromley, Executive Editor 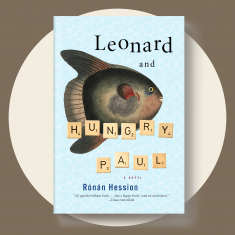 “A soothing, beautiful story of two friends, ordinary people, gentle souls. Written with humor and wit, it’s a charming and truly delightful book. It touches on deep questions, such as loneliness, love, and people who see the world differently from the most. A relaxing read for troubled times.” —Marina Drukman, Creative Director “A spry and lively book about monetary policy — yes, you read that right — with a sneakily radical thesis: that money is essentially a construct and should thus be used as a tool for improving the common good. Hockett is an economist, James a philosopher — a one-two punch of smarts and fresh perspective.” —Mike Lindgren, Managing Editor

The Care of Strangers 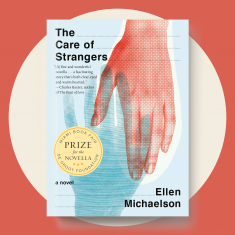 “The author set the scene and tone of her book in a way that’s relatable to readers who are unfamiliar with the medical field. Whether in a new city or old environment, everyone is subject to a sense of loneliness or ‘Otherness’ from time to time. Ellen Michaelson’s choice to show her protagonist’s perseverance to rise above those outside perceptions and help others along the way shows the power of kindness and the importance of ambition.” —Jessie Stratton, Publishing Intern 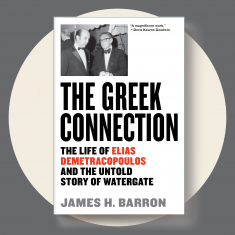 “My year-end holiday call out would be The Greek Connection by James Barron. Ten years in the making, it’s a marvelous accomplishment. And I’m proud to quote the renowned Doris Kearns Goodwin, who wrote, ‘This is a magnificent work, a triumphant combination of exhaustive research and fine narrative writing.’” —Valerie Merians, Co-Publisher

A Human Algorithm: How Artificial Intelligence is Redefining Who We Are 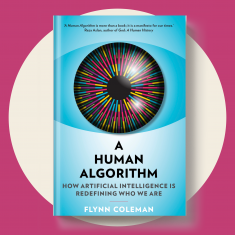 “As we become more and more dependent on technology (as I certainly have this year when stuck indoors so much) what consequences does this have for humanity? Are we programming and teaching AI and algorithms morally? Flynn Coleman’s book argues we need to instill ethics and values in our AI, avoiding incorporating human biases before it’s too late. I found it a fascinating and sobering look at the possible future roads ahead of us.” —Nikki Griffiths, Managing Director 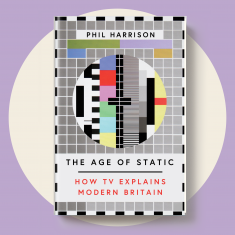 The Age of Static: How TV Explains Modern Britain

“2020 has often felt like the climax to a long and bewildering box set that should have wrapped up several seasons ago. And as our lives shrank to the size of a living room, the small screen in the corner became a vital lifeline. But then, hasn’t it always been this way? Phil Harrison thinks so, and in The Age of Static he brilliantly summarises and critiques the last two decades in Britain – as seen on TV. From Big Brother to Fleabag, Brass Eye to Bake Off, this book reveals the myriad ways in which television establishes and reflects the national conversation.” —Tom Clayton, Publishing Executive

And that’s a wrap, folks. Cheers to surviving the year!