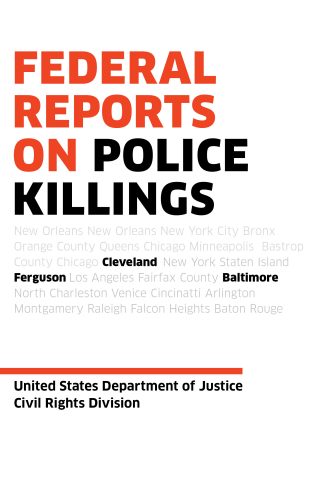 Attorney General Jeff Sessions recently got in a spot of trouble for offering just a spot of perjury in his confirmation trial, as he neglected to mention, when directly asked, his meetings with Sergey Kislyak, Russia’s Ambassador to the United States, during the presidential campaign. (He was, at the time, an advisor to Trump’s campaign.) While the recuse-or-resign argument rages on, it’s important to not forget that Sessions’s actual policies, pretty much across the board, are regressive and harmful.

To wit, his approach to Obama-era police reform and the studies completed by the Department of Justice on systematic abuses by the police departments in Ferguson, Chicago, Cleveland, and Baltimore.

“I have not read those reports, frankly,” Sessions told the Huffington Post, “We’ve had summaries of them, and some of it was pretty anecdotal, and not so scientifically based.”

We think actually reading the studies is important, for communities, for law enforcement, and for the country. And we’ll be more than happy to include Sessions in our mailing, when we publish Federal Reports on Police Killings: Ferguson, Cleveland, Chicago, and Baltimore in June.

Below, a few selections from the Chicago report, and a few of Sessions’s recent statements.

“‘It’s a difficult thing for a city to be sued by the Department of Justice and to be told that your police department is systemically failing to serve the people of the state or the city,’ Sessions said.” — Huffington Post, Jan 11, 2017

It has never been more important to rebuild trust for the police within Chicago’s neighborhoods most challenged by violence, poverty, and unemployment. As discussed below and throughout our Report, Chicago must undergo broad, fundamental reform to restore this trust. This will be difficult, but will benefit both the public and CPD’s own officers. The increased trust these reforms will build is necessary to solve and prevent violent crime. And the conduct and practices that restore trust will also carry out an equally important public service: demonstrating to communities racked with violence that their police force cares about them and has not abandoned them, regardless of where they live or the color of their skin. That confidence is broken in many neighborhoods in Chicago. — Investigation of the Chicago Police Department, United States Department of Justice

“In a November 2015 Senate hearing called ‘The War on Police,’ Sessions, a former federal prosecutor, tore into the Justice Department’s Civil Rights Division, which under Obama has taken a more forceful approach to investigating systemic abuses of police power. He accused the department of overstepping its authority and undermining officers.” — NBC News, Jan 10, 2017

For example, we observed a large sign hanging in the vehicle bay of a district station identifying it as a “forward operating base,” a military term for a small, secured outpost used to support tactical operations in a war zone. This characterization reinforces the view held by some—both inside and outside the Division—that CDP is an occupying force instead of a true partner and resource in the community it serves. While CDP’s leadership recently adopted a new community policing initiative, the Division must undergo a cultural shift at all levels to change an “us-against-them” mentality we too often observed and to truly integrate and inculcate community oriented policing principles into the daily work and management of the Division. — Investigation of the Chicago Police Department, United States Department of Justice

“Sessions has declined to commit to a federal consent decree with Chicago that could codify reforms to the Police Department and allow for court enforcement of those changes. Instead, he has pushed the idea that officers’ hesitance to police aggressively is driving rising violence in major cities including Chicago.” — Chicago Tribune, March 1, 2017

In one case, a man had been walking down a residential street with a friend when officers drove up, shined a light on him, and ordered him to freeze, because he had been fidgeting with his waistband. The man ran. Three officers gave chase and began shooting as they ran. In total, the officers fired 45 rounds, including 28 rifle rounds, toward the man. Several rounds struck the man, killing him. The officers claimed the man fired at them during the pursuit. Officers found no gun on the man. However, officers reported recovering a handgun nearly one block away.

The gun recovered in the vicinity, however, was later determined to be fully-loaded and inoperable, and forensic testing determined there was no gunshot residue on the man’s hands. IPRA found the officers’ actions were justified without addressing the efficacy of the pursuit or the number of shots fired. — Investigation of the Chicago Police Department, United States Department of Justice