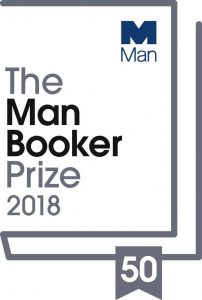 This year, the award was judged by philosopher Kwame Anthony Appiah, crime writer Val McDermid, critics Leo Robson and Jacqueline Rose, and  graphic novelist Leanne Shapton. Even this elite squad of writers and thinkers have wondered aloud if many of the submissions they read couldn’t be a bit shorter.

In a piece for the Telegraph, Anita Singh quotes Appiah as saying: “We occasionally felt that inside the book we read was a better one – sometimes a thinner one – wildly signalling to be let out,” said Kwame Anthony Appiah, chairman of the judges.” He added, “There were times when we felt the editorial role could have been, shall we say, more energetically performed.”

It’s not that the judges don’t like lengthy books (indeed The Overstory by Richard Powers made the shortlist with a page count north of 500). It’s just that not every book is best served by being that long. Most aren’t.

If you’re inclined to agree, maybe check out these recommendations from our resident master and appreciator of the short form, Michael Bible.