Man Booker Prize Judge condemns The Blurb, may be right to do so 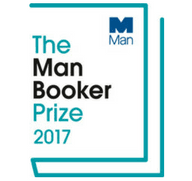 We’ve recently reported on how the 2017 Man Booker Prize shortlist is as American as half an apple pie. That is, of the six announced shortlistees, three hail from our side of the pond. You may remember that not everyone was chuffed when Americans became eligible for the prize in 2014. That may perhaps be the biggest controversy surrounding a prize capable of launching an author’s career (too capable, some argue — another controversy).

A more minor controversy from this year’s race concerns a publishing institution more venerated than even the Booker itself: The Blurb (some British people call these “puffs”). As Claire Armistead reports for the Guardian’s Book Blog, Man Booker prize judge Colin Thubron has said that blurbs “almost blackmail” readers into picking up certain titles, lest they feel morally, intellectually, or socially deficient. Or, worse, the reader might feel bullied into having the same reaction to a particular book that their favorite author or celebrity blurber had.

Armistead also highlights just how often The Blurb turns out to be an empty gesture, from blurbs crafted verbatim from a publisher’s pitch letter to authors tweeting about being excited to read books they’ve supposedly already blurbed (the blurb, in this case, was re-purposed from the blurber’s review of the author’s previous book).

So if blurbs are intellectually bankrupt at best, and reader-oppressing at worst, why do we keep them around?

One theory might be that they guide booksellers who need a way to talk about and recommend new titles in relation to previous, beloved books. Anecdotally, I have found that most civilians are shocked to learn how often we publishing folks talk about books in relation to other books — it’s baked into the entire process.

So Thubron’s suggestion is a provocative one, and perhaps the reader need not be exposed to that particular aspect of the sausage-making. After all, isn’t the blurb economy simply a quainter version of the Amazon recommendation algorithm that we all deride?

As long as we inhabit a world where blurbs are a reality, I will take comfort in the fact that, although they serve a very specific function in the marketplace, collecting blurbs still feels like it is done in the spirit of communitiy between different authors, publisher, etc. — rather than in the spirit of competition.