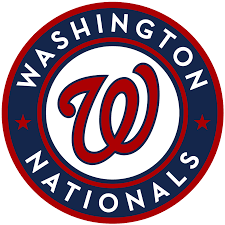 You’ve got your sport-playin’ jocks, and you’ve got your readin’ poindexters. Until recently we thought these were two rigid, immutable categories.

But as Jared Diamond reports for the Wall Street Journal, the Washington Nationals pitcher Sean Doolittle has defied Nature by being both a reader and a ballplayer. Better still, he’s a community-minded reader who has made it his mission to shop at local bookstores in each of the away-game cities that Doolittle and the Nationals hit this summer.

Before a game in New York against the Mets on Wednesday, Doolittle and his wife, Eireann Dolan, visited Three Lives & Company in Manhattan’s West Village. On a trip to Los Angeles earlier this month, he found Vroman’s in Pasadena. A series in Denver brought him to Tattered Cover and Mutiny Information Cafe.

The all-start closer (and science fiction and fantasy fan) is doing this because he sees bookstores as vital parts of our cities, and he wants to draw attention to Amazon’s dehumanizing labor practices. He’s also an activist working on LGBTQ and Veterans issues.