MacDowell Colony to re-brand without the “colony” 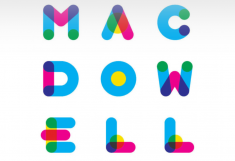 In our collective push for a more just and equitable world we must, of course, look to our language for its biases, exclusions, and oppressions. This can take the form of overdue changes from the copy desk to even longer overdue changes to national sports franchises. And there is a lot of room for reckoning in between.

One such instance comes in the form of a recent announcement that the MacDowell Colony—the famed New Hampshire artists’s retreat—will be dropping “colony” from its name.

As Julia Jacobs reports for the New York Times:

The program’s board of directors voted unanimously on Tuesday to “remove terminology with oppressive overtones,” according to a news release. The petition arose from staff members hearing from the organization’s fellows and some artists outside the organization that the term “colony” was an objectionable and outmoded term, said Jonathan Gourlay, a spokesman for the organization.

The announcement makes official what had already been a gradual phasing out of the term in company communications and fundraising. On site buildings like the “Colony Hall” will also need a name change.

Unfortunately “on site” doesn’t mean much at the moment as the retreat has been closed since March due to the Covid-19 pandemic. The former workspace of writers like James Baldwin and Audre Lord will have to wait at least another season before debuting its new identity.