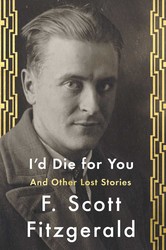 The above is not my real name — the fellow it belongs to gave me his permission to sign it to this story. My real name I shall not divulge. I am a publisher. I accept long novels about young love written by old maids in South Dakota, detective stories concerning wealthy clubmen and female apaches with “wide dark eyes,” essays about the menace of this and that and the color of the moon in Tahiti by college professors and other unemployed. I accept no novels by authors under fifteen years old. All the columnists and communists (I can never get these two words straight) abuse me because they say I want money. I do — I want it terribly.

So begins “The I.O.U.”, a never-before-published story from beloved American author (and two–time Melville House Art of the Novella contributor) F. Scott Fitzgerald. The story, which was written in 1920 (five years before the publication of The Great Gatsby), when Fitzgerald was twenty-three, appears in this week’s issue of the New Yorker. “Originally intended for Harper’s Bazaar,” writes Claire Fallon in the Huffington Post, “the manuscript wound up back with the author after he requested time to make revisions. He never sent it on for publication.”

The story will be included in I’d Die For You, a collection of eighteen “lost” Fitzgerald stories coming to bookstores April 25, 2017, from Scribner.

“The I.O.U.” tells the story of a publisher who’s just signed a hit book, the memoir of a doctor-turned-spiritualist, entitled The Aristocracy of the Spirit World. After a managing the successful roll-out of half a million copies, the book’s publisher decides to visit the author from whom he’s profited so much and so quickly, in order sign his next book. When he runs into Cosgrove P. Harden, the author’s nephew—and the dead boy with whom the author of Spirit World claims throughout the book to be in communication—on a train bound for Ohio, the publisher is left to manage the humorous, and potentially career-ending, situation.

Cosgrove, for his part, is not pleased with his dead self as portrayed in his uncle’s memoir. In the afterlife, he wears “floating underwear.” He has hour-long conversations with various flowers. He is, in short, made to be ridiculous. A cartoon imagining of life after death. Referencing the book that purports to tell of his life in Purgatory, Cosgrove comments:

Here I am with the children — dancing with them. I spend all day with them and we dance. We don’t even do a decent shimmy. We do some aesthetic business. I can’t dance. I hate children. But no sooner do I die than I become a cross between a nurse girl and a chorus man.

Shortly thereafter, with the duo arriving at Dr. Harden’s property (coincidentally, Cosgrove was on his way there, too), we meet Thalia, Cosgrove’s girlfriend. Before she meets the publisher and learns that Cosgrove is, in fact, still living, we find her, too, disparaging Dr. Harden for making Cosgrove, “the only man [she] ever loved or will ever love,” appear ridiculous for his own financial gain:

“[Cosgrove] was brave and square and quiet. He died of wounds in a foreign town and passed out of sight as Sergeant Harden, 105th Infantry. A quiet life and an honorable death. What have you done!” Her voice rose slightly until it shook and sent a sympathetic vibration over the window vines. “What have you done! You’ve made him a laughingstock! You’ve called him back to life as a fabulous creature who sends idiotic messages about flowers and birds and the number of fillings in George Washington’s teeth.”

Once all parties have calmed down enough to sit down for a conversation, the publisher proposes a deal — but he’s too late. A mob approaches. The jig is up.