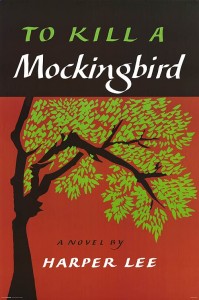 According to reporting by Alexandra Alter and Michael Paulson for The New York Times, dozens of community theater productions of Christopher Sergel’s 1990 stage adaptation of Harper Lee’s To Kill A Mockingbird are being cancelled in response to legal threats from producer Scott Rudin and the Lee Estate.

In letters sent to theatrical troupes and small producers around the country, lawyers representing Rudin and the Lee estate claim that productions in certain regions, staged under certain conditions, are in violation of Lee’s 1969 contract with Dramatic Publishing Company [DPC], which sells stage rights to theater groups around the country. According to Alter and Paulson, that contract “blocks Mockingbird productions within 25 miles of cities that had a population of 150,000 or more in 1960 (the last census year before the agreement was signed) while a ‘first-class dramatic play’ based on the novel is playing in New York or on tour.”

Of course that “first-class dramatic play” is Rudin’s hugely successful production of To Kill a Mockingbird, written by Alan Sorkin and starring Jeff Daniels, which, according to earlier reporting by Alter and Paulson, launched with a capitalization of $7.5 million, and took in $1.7 million in receipts over its first week. I don’t know what capitalization is, but I do know that $7.5 million is a lot of money, and if I could get capitalized for that much money, I probably would, no matter what it means.

Anyways, this very expensive (probably) and profitable (probably) play has now been the focus of three high profile legal conflicts. First was the Lee estate’s claim that Rudin and Sorkin were in breach of contract for deviating from the novel. Second came Rudin’s countersuit, which sought damages in recompense for a disrupted fundraising campaign, and called into question the stewardship of Tonja B. Carter, a controversial figure who has been synonymous with the activities of Lee’s estate since the author’s passing in 2016.

After all that brouhaha, and the presumably lucrative settlement which brought both cases to a close, it is fitting that two litigious bullies like Rudin and Carter should team up on community theater groups from Dayton, OH to Marblehead, MA. Rudin himself gave a statement on the case, saying “We hate to ask anybody to cancel any production of a play anywhere, but the productions in question as licensed by DPC infringe on rights licensed to us by Harper Lee directly.”

This is obviously and comically not true. But, since Rudin is a millionaire, and since none of the groups and individuals being forced to cancel their productions can afford to go to court against him, it won’t matter. They’ll shut down, while Rudin and the Lee estate continue to haul in ludicrous quantities of cash. Cause friends, that’s showbiz.