Kuala Lumpur will be UNESCO’s World Book Capital in 2020 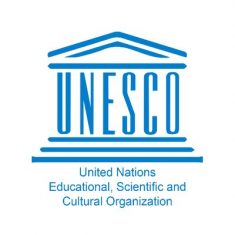 It has been decreed that Kuala Lumpur, the largest city in and capital of Malaysia, shall be the UNESCO World Book Capital for the year 2020. According to the announcement: “The city was selected because of the strong focus on inclusive education, the development of a knowledge-based society and accessible reading for all parts of the city’s population.”

For those not hip to this scene: in an excellent if not highly visible phenomenon, every year cities across the globe apply to receive a boost “to promote books and reading and to organize activities over the year”. It’s a refreshing alternative to cities killing themselves to win an Olympic berth, or degrading themselves to win Amazon’s affection.

Kuala Lumpur’s specific take on the year of books includes such ambitious projects as “the construction of a book city (the Kota Buku Complex), a reading campaign for train commuters, enhancing of digital services and accessibility by the National Library of Malaysia for the disabled, and new digital services for libraries in 12 libraries in poor housing areas of Kuala Lumpur.”

The World Book Capital designation has been around since 2001, and has recognized the following cities:

Colombian book fair looks to expand beyond the legacy of Marquéz

Seattle campaigns to be named a UNESCO City of Literature