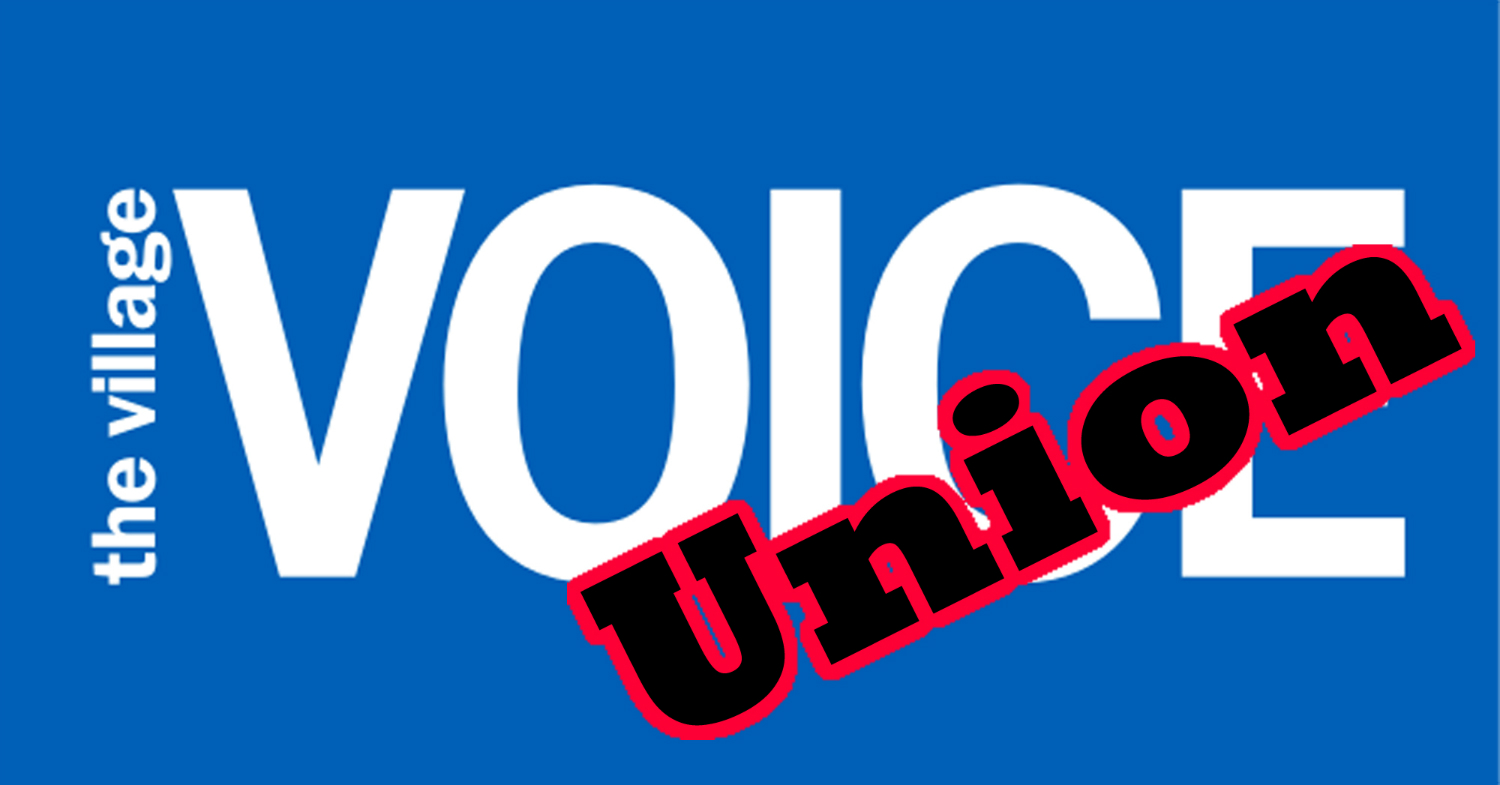 We’re a little late to the party on this, but in case you haven’t already heard, members of the Village Voice Union (a historic chapter of the UAW Local 2110, formed in 1977) are in the midst of grave negotiations with the paper’s new-ish owner Peter Barbey over the terms of their contract, which expired on June 30th of this year. Barbey, who bought the paper in 2015, is demanding that workers at the Voice give up pretty much all of the gains made by the union since its formation. This includes rollbacks on holiday overtime, paid family leave, affirmative action obligations, and severance packages, among other things.

If enacted, Barbey’s proposed contract would more or less dismantle the union as a viable negotiating body. Especially deadly would be provisions that require management to approve the presence of union representatives in the workplace, prevent new hires from joining the union, and allow management to outsource work in order to undermine the bargaining power of the union during future negotiations.

As Hamilton Nolan pointed out in a piece for Splinter, not even Rupert Murdoch—a who owned the paper in the seventies and eighties—was this aggressive with the union. That’s especially damning considering the spin that was put on Barbey’s acquisition back in 2015. Reports at the time portrayed him as an affluent liberal, who was buying the paper because he was in some way ideologically in step with it. He was quoted in Politico saying, “This is not a political toy,” and told the Wall Street Journal, “I can keep the Voice going, but if that’s the only solution, then only the wealthy will support free speech… I don’t want that world… I’m not that kind of wealthy person.”

Turns out some liberals aren’t such big fans of unions, or paid family leave, or affirmative when forced to actually deal with them.

In any event, negotiations remain stalled, and the staff of the Voice are raising money to prepare for a prolonged strike in the event that management doesn’t come to the table. And just this week, a group of writers, editors, and journalists—all of whom have worked for the Voice at one time or another—have published an open letter on Medium, expressing solidarity with the members of the union and calling on Mr. Barbey to end his assault on the union.

When Barbey bought the paper, he told the New York Times, “I realize that The Voice has had a unique journalistic role in New York and the country as a whole. That deserves to survive and prosper.” Hopefully the workers of the Village Voice, the authors of this open letter, and workers around the country will remind him that the strength of the Village Voice Union is absolutely critical to this “unique journalistic role.”