Is the internet broken? 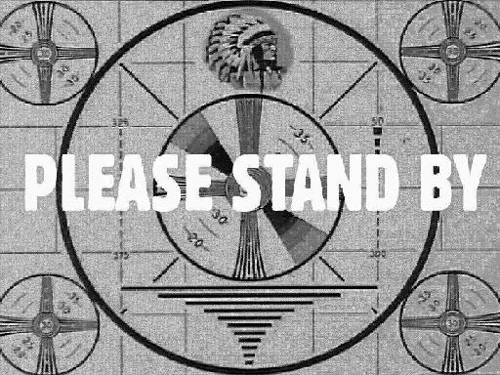 On Friday,  NPR “On the Media” host Bob Garfield interviewed Mona Seif, a blogger and one of the protest organizers in Cairo. Seif spoke to Garfield from the middle of Tahrir Square via cell phone and told him about some of the methods of organizing such a protest over the internet.

Seif sang the praises of Facebook and Twitter (specifically calling out Malcolm Gladwell at one point and his article questioning the efficacy of Twitter by Iran’s Green Movement in the aftermath of the fraudulent 2009 elections) and marveled at how these online tools are meeting their potential for good in Cairo today. At one point Garfield jokes that organizing a revolution now is a bit like organizing a birthday party–you just create an event page, send out an invite, and hope a few people will show up.

Garfield went on to note the challenge of organizing online after the government had pretty much shut down the internet in the entire country, and he asked Seif how she and her fellow protesters were able to maintain their internet presence in order to get the word out to the media and other protesters.  Seif explained that one of her friends still had a wireless connection and they were using her apartment as an online organizing hub. Turns out her friend’s internet provider was not shut down due to its relationship with the country’s financial exchanges.  To which Garfield noted it’s like ”using a government tank to get behind enemy lines.”

This is what I had in mind when I read this essay by Douglas Rushkoff over the weekend on CNN’s website. One of the things Rushkoff has been trying to draw attention to while doing the publicity rounds for his new book Program or Be Programmed is our over-reliance on the goodwill of internet providers, governments, and the corporations who create the social media infrastructure that we now take for granted. We may think the internet provides an unparalleled platform for bottom-up organizing and communication but, as Rushkoff notes, the fact that the Egyptian government eventually caught on and choked off nearly all entry points to the internet (Mona’s friend excluded apparently) is a prime example of why the internet and free speech is in trouble.

Some of us might like to believe that the genie is out of the bottle and that we all have access to an unstoppable decentralized network. In reality, the internet is entirely controlled by central authorities.

Old media, such as terrestrial radio and television, were as distributed as the thousands of stations and antennae from which broadcast signals emanated, but all internet traffic must pass through government and corporate-owned choke points.

That’s why President Hosni Mubarak’s regime had so little trouble shutting down his citizens’ networks when he wanted to. One phone call to each of the four internet service providers in his country was all it took. And while we might like to believe that couldn’t happen in the United States, we should remember that all it took was a call from Sen. Joseph Lieberman, I-Connecticut, to Amazon for the corporation to shut down WikiLeaks’ website recently.

So what’s the solution? Rushkoff advocates a new form of peer-to-peer computing, or “mesh networking,” to create an alternative digital realm not subject to the whims of the Comcasts, Hosni Mubaraks, or Joe Liebermans of the world. As Rushkoff warns, “our insistence on seeing the likes of Facebook and Twitter as the path toward freedom for all people will only serve to increase our dependence on corporations and government for the right to assemble and communicate.”

Here’s hoping Seif and her compatriots can make do until the new internet arrives.