India’s most lucrative book prize has its first winner

As I reported many months ago, India has a new book prize, the 2018 JCB Prize for Literature. As I also mentioned, it is comes with the largest monetary reward of any Indian literary prize. But at the time I wrote about it, the prize had yet to elect its first winner. 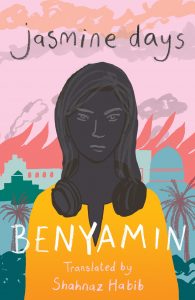 That has changed with the inaugural prize going to mononymic South Indian writer Benyamin. As CNN’s Mary McDougall reports, Benyamin’s novel Jasmine Days,  “a story of a young women caught up in the Arab Spring protests of 2011,” was originally written in Malayalam and translated by Shahnaz Habib, who also received a smaller sum of money.

“The courage shown by Benyamin in Jasmine Days in examining some of the most important conflicts of our times is exceptional” said Vivek Shanbhag, author and chair of the 2018 JCB Prize for Literature judging panel. “The novel provides powerful insights into the violence associated with change.”

McDougall also noted that Rana Dasgupta, the author and literary director of the prize  who introduced Benyamin, took the opportunity of his speech to speak out “in support of India’s burgeoning #MeToo movement and applauded those who had the courage to speak up.”