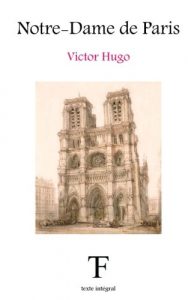 The devastating fire which ripped through the Notre-Dame cathedral in Paris this week has left the world in shock. USA Today reported that the crippling damage caused could cost an estimated $1.13 billion to $2.3 billion to restore, according to French presidential cultural heritage envoy, Stephane Bern. French President Emmanuel Macron has promised the cathedral will be fully restored to its former glory in five years, an ambitious goal.

A Guardian editorial this week deftly voiced the place the iconic 850 year old cathedral has in the heart of so many and why its destruction has been so keenly felt by France and its European neighbours in particular.

The pain for the city and its nation will be immense, resonant and almost incomprehensible. Notre Dame is the embodiment of the French capital and of France itself. It has been in its place since the 12th century. It was the site of the marriages of the greatest of all French kings, Henry IV, and of the Emperor Napoleon. It was here that the liberation of Paris in 1944 was marked in a service of thanksgiving.

It is world famous not simply as an iconic Parisian building but through the writing of Victor Hugo, who in his novel Hunchback of Notre Dame—in French the title is simply Notre-Dame de Paris, like the cathedral—made the building itself come alive.

Now Hugo’s classic work of nineteenth century literature has once again hit the bestsellers list in France. At the time of writing, on Amazon.fr it occupies the third, fourth, eleventh, and nineteenth bestseller slots in different editions, peaking at number one earlier in the week.

French booksellers Amandine Ardouin and Antoine Bonnet, whose bookshops are based in Paris, have pledged to donate a share of their income from selling Hugo’s novel to the restoration fund. The BBC reported that:

Speaking to Le Figaro, Mr Ardouin said he would like publishers to emulate his “symbolic act” by donating to the cause.

“We would like Folio, Pocket book, Flammarion, who sell this book in pocket format, to do the same,” he told the paper. “Literature can save Notre-Dame.”

The BBC has approached Penguin, Folio Society, Flammarion and Le Livre de Poche for comment on the calls to donate funds but is yet to receive a reply.

So far more than an €800m ($900m) has been raised towards the restoration. This includes $5 million pledged from Disney, who produced the 1996 animated version of The Hunchback of Notre Dame. Chairman and CEO of The Walt Disney Company Robert A. Iger said of the donation:

“Notre-Dame is a beacon of hope and beauty that has defined the heart of Paris and the soul of France for centuries, inspiring awe and reverence for its art and architecture and for its enduring place in human history. The Walt Disney Company stands with our friends and neighbors in the community, offering our heartfelt support as well as a $5 million donation for the restoration of this irreplaceable masterpiece.”

Hugo’s book tells the story of hunchback Quasimodo, the half-blind and deaf bellringer of Notre-Dame who falls in love with Gypsy girl Esmeralda, although many argue the cathedral itself is the main star or character of the novel, described with lavish and loving detail throughout by the author.

The church of Notre-Dame de Paris is still no doubt, a majestic and sublime edifice. But, beautiful as it has been preserved in growing old, it is difficult not to sigh, not to wax indignant, before the numberless degradations and mutilations which time and men have both caused the venerable monument to suffer, without respect for Charlemagne, who laid its first stone, or for Philip Augustus, who laid the last.

On the face of this aged queen of our cathedrals, by the side of a wrinkle, one always finds a scar. Tempus edax, homo edacior*; which I should be glad to translate thus: time is blind, man is stupid. —from The Hunchback of Notre-Dame

It is heartening to see that literature can offer solace in times of adversity. Watching Hugo’s classic being bought, borrowed, and embraced by so many, it is immensely positive that a humble book can be used as a tool for bonding, solidarity, and reflection. Against the background of the UK bickering amongst itself about not wanting to be European (see time is blind, man is stupid) the world bandies together to offer support and condolences to a nation and a continent in shock and upset.