If you really loved your books, you would party while they burned 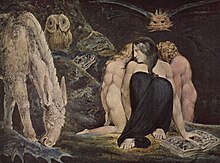 Melville House, for those not following along at home, is a business, sort of. In the course of that business we acquire books, cultivate them, sanitize them, groom them, parade them around, tweet them, and, ultimately, exchange them for money. Though a strange way to make a living, it is occasionally lucrative, and the checks that need to get cashed get cashed.

But, as they say where I’m from, there’s more than one way to skin a cat, and Dagur Hjartarson, whose novel The Last Confession of Love was just shortlisted for the European Union Prize for Literature, is skinning cats the way they truly deserve to be skinned: under a full moon, by the flickering light of a book-pyre.

From Björn Halldórsson, writing at The Reykjavic Grapevine:

[Hjartarson], along with award-winning poet and graphic designer Ragnar Helgi Ólafsson, [is] one of the founders of Tunglið (“The Moon,” in English), a publishing house with the unusual business model of publishing each of its books in runs of only 69 copies, selling them exclusively at publishing events held on the night of a full moon, and burning any unsold copies. [emphasis mine]

Permit me to repeat a key passage from the preceding:

[A] publishing house with the unusual business model of publishing each of its books in runs of only 69 copies, selling them exclusively at publishing events held on the night of a full moon, and burning any unsold copies[!!!!!] [emphasis mine]

Why, you ask? Because it’s fun as hell!

“Tunglið takes small books and creates small, precious moments in time around them. It opposes the eternity that the average publisher promises—all those books whose pages turn yellow on the bookstore shelf—and makes a stand for the beauty of the moment. The role of Tunglið is to be the moment and then disappear… Every book that Tunglið publishes is, in a way, an attempt to sink Tunglið, to make it go bankrupt. It’s thrilling.”

Now, I love my paycheck. It is probably the best thing that happens to me every other week. And I appreciate that in order to keep receiving this paycheck, we need to sell more than sixty-nine copies (nice) of each book we make, and that we cannot burn the remainder, not even under the eldritch light of a harvest moon. But, in an age of wickedness, it soothes the soul to know that somewhere in Iceland, Dagur Hjartarson is doing it right.

If you really loved your books, you would party while they burned (A once and future blog post)