Hyperbole and a Half book coming this fall The Alot monster, from Allie Brosh’s Hyperbole and a Half

A couple years ago, Allie Brosh’s blog Hyperbole and a Half was one of my favorite things on the internet. From her tale of the Alot, a mythical grammar monster, to her perfect summation of the human condition (I still shout, “Clean all the things!” when trying to motivate myself to tidy my apartment), she never failed to make me chuckle.

So when she announced way back in May 2011 that she was turning the blog into a book, I was naturally excited. Brosh said that the book “will contain roughly 50% new material.  The other 50% will be posts I’ve published on this site already, but some of the posts that did not previously contain illustrations will be illustrated.  It will be basically just like my blog in book-form.” Unfortunately, the next post on Hyperbole and a Half, which came six months later, detailed her struggle with depression, and the blog has been quiet since then. That post is an eloquent one, and thanks to Brosh’s signature illustrations, particularly evocative on the topic of depression; and it led to an outpouring of support from the blog’s many fans, as well as questions about how the book was going.

In March of last year, Brosh appeared on Reddit and explained that the book was going more slowly than she planned, saying, “I’ve been having a difficult time writing lately, so progress on the book has been slow… I’ll put in a huge amount of effort, then end up hating it and starting over (which is probably a byproduct of the depression). I worry a lot about whether what I write in the book will live up to what I’ve written before.” 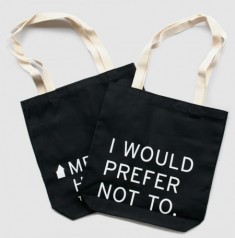 Happily, Brosh has been well enough to complete the book—her publisher, Touchstone Books, posted a photo of the manuscript for Hyperbole and a Half: Unfortunate Situations, Flawed Coping Mechanisms, Mayhem, and Other Things That Happened, on Instagram and Reddit earlier this week. It has an official publication date, too, at least on Amazon: October 29, 2013. You’re going to want to have a copy by the time the holidays roll around, because Brosh’s story of a nativity scene gone awry (thanks to Kenny Loggins) is not, under any circumstances, to be missed.