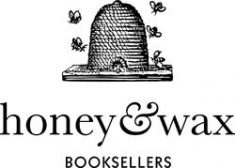 As we wrote last year, this award deserves an award for best award. Created by O’Donnell and Romney because they “take a particular interest in the evolving role of women in the rare book trade, both as dealers and collectors,” the prize fosters the growth of women’s involvement in a field dominated by men.

As the duo wrote in the New Antiquarian:

We limited the prize to women because we’ve observed that the women who regularly buy books from us are less likely to call themselves “collectors” than the men, even when those women have spent years passionately collecting books. The popular image of the book collector in the United States is still, even now, monotonously male. (Run a Google image search for “book collector,” and scroll.) We want to see more women openly identifying as book collectors, and this prize provides a direct financial incentive for them to do that, as well as a way to celebrate the collections they’re building.

Last year, the award received forty-eight submissions, from twenty-one states and the District of Columbia, with entrants ranging in age from fifteen to thirty. According to a press release, their “goal for this year is get young women from all 50 states thinking critically about their book collections, and to take pride in their bookishness.”

The rules for the prize are flexible:

A collection may include books, manuscripts, and ephemera; it may be organized by theme, author, illustrator, printing technique, binding style, or another clearly articulated principle. Collections will not be judged on their size or their market value, but on their originality and their success in illuminating their chosen subjects. The prize rewards creativity, coherence, and bibliographic rigor.

The winner will receive $1,000. Submissions are now open through June 1. The winner will be announced in September. We’ll be eagerly anticipating the news.

And the award for Best Book Collection goes to...