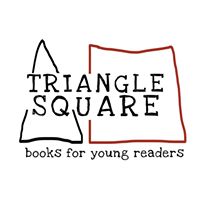 Recently, we wrote about Australia’s Avid Reader bookshop, whose Facebook user ratings had been targeted by a horde of Men’s Rights Activists following their decision to boost a signal from feminist author Clementine Ford. Happily, the shop was quickly able to rally a far greater number of supporters, who blanketed their page in good vibes and brought their user ratings higher than ever.

Last week, some similar trollery was reported, this time on the Facebook page of Triangle Square Books for Young Readers, the kids’ imprint of indie stalwarts Seven Stories Press. Seven Stories, who describe what they publish as “works of radical imagination,” put out a list that includes work by lefty darlings like Angela Davis, Noam Chomsky, Ralph Nader (did you know he’s written a bunch of novels?), Octavia Butler, and especially Howard Zinn. Triangle Square offers a related list for kids of all ages, including titles like Innosanto Nagara’s A is for Activist (“the board book for the children of the ninety-nine percent”), Cory Silverberg’s What Makes a Baby? (an inclusive sex book that aims to update the birds-and-bees talk for nests and hives of every contemporary configuration), and Marcus Ewert’s 10,000 Dresses (a picture book that does not fuss about its subject, a child, assigned male at birth, who loves to wear dresses).

In a blog post published on July 6, marketing and publicity director Ruth Weiner details how Triangle Square’s Facebook page was recently “attacked by a wave of conservative homophobes,” armed with nasty comments and one-star ratings. They appear to have been directed by The Activist Mommy, a far-right troll who has since moved on to a campaign against Teen Vogue. Weiner explains:

That the attacks and one-star ratings were instigated by a blogger who once videotaped herself eating bacon while ranting about Islamic terrorists was hideous enough. But the fact that she chose to egg on her followers with homo- and transphobic language during Pride Week was particularly galling. We debated about how to respond: send our own fleet to bomb her site? Thank posters for their opinions or call them out for bigotry? A constructive conversation between our two sides, as it were, seemed wildly optimistic at best. How do you reason with someone whose ultimate fact source is the Bible, who calls you “demonic” for suggesting that children learn the world has variety — in skin color, beliefs, and, yes, sexual orientation?

To be sure, a look at the couple hundred one-star reviews on the imprint’s Facebook page is… discouraging. “The publishers lack of professionalism and acceptances of other opinions is a hypocritical shame,” writes one commenter, confusingly arguing against the acceptance of other persons’ opinions. “A is for Activist? Really? All modern ‘activists’ are is a group of rioters destroying what hard working individuals have created!” says another. I mean, ok? 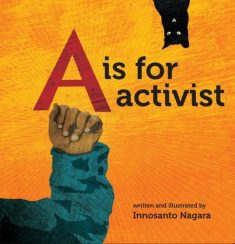 We reached out to Weiner, who explained, “There were some incredible mentions of us being demonic, of Sodom and Gomorrah, of the Gay Agenda, of indoctrination, and of course of Jesus himself, and what he really wants for the little people. It was sort of terrifying at first as it came at us in a hurricane-force wave, but then started to feel comical.” In the blog post, she mentions the Seven Stories staff sharing “a good laugh over the exasperated post that insisted a child needs to learn about lasagna before one introduces the concept of sex. Lasagna?”

We also got in touch with Nagara, who seemed unfazed by the fracas: “It’s not new.” He produced a file of hate mail he’s received in recent years, variously comparing him to Hitler, wishing deportation on him and worse (he was born in Indonesia), and consigning him to the torments of hell. A surprising number call directly for his books to be burned. “They say ‘there’s no such thing as bad publicity,’” he said, “but the reality is these trolls are so insulated that the waves of attacks (and there have been a few) make no difference. They are compelling only to people who would never get my books anyway. I used to do my own shipping, and while positive press would make a positive difference, Fox News keyboard warriors had no impact — positive or negative.”

Rather than respond to the attacks in kind, Weiner writes, “we tried to take the high road” (though she does call the posters “ignoramuses”). “Instead,” she writes, “we reached out to our community, to our excellent and beloved authors, our readers and book reviewers, to librarians and booksellers, and asked if they would counter the negativity with love (and 5-star ratings!). And they did. Within 24 hours we had a resounding chorus of support with almost 300 new 5-star ratings and reviews.” Seven Stories fans, and authors including Nagara, Julia Alvarez, Icelandic poet Andri Snær Magnason, and Rebecca Steffof, hopped online and rallied to the publisher’s defense.

And so, let us all say together: Lasagna! Lasagna? Lasagna.