As any New Yorker surely knows, the great indie booksellers at McNally Jackson opened up a new shop in Williamsburg earlier this year. Manager Sam MacLaughlin very graciously took a few minutes to talk to us about his new/old neighborhood; the dream of a small, well-read bookselling army; and, of course, the unparalleled delights of reading Herman Melville.

Opening a McNally Jackson in Williamsburg has been a project-in-the-making for a while now. What can you tell us about the vision/process and how you got involved in the first place?

I worked at McNally J on Prince Street for about four years after college and then jumped into at job in publishing at Norton. Eventually, itching to get back to bookselling—I missed the people! I missed touching all the books!—I went to Sarah [McNally] and said I wanted to do a store somewhere in Williamsburg (where I’ve lived for almost a decade now(!)) and would she be able to guide me through the process? She said we should partner on it, do it right.

The vision is to bring the best of what makes the Prince Street store so great—depth, breadth, knowledge without pretension—to Williamsburg and see what happens with a new staff in a new neighborhood with a new community.

Tell me about this beautiful space!

We were hunting around for a space for a while — nothing felt quite right, until we saw the space we’re in now. I think both of us could just see the bookstore that should live in there. So we signed a lease, and then it took what feels like a thousand years for us to actually get our hands on the space. We were both in shock for a minute when we realized it would actually be real.

You’ve been open for about TWO MONTHS now. What’s the best thing that’s happened while you’ve been in the store?

I was heading out to grab a coffee and right as I was walking out the door a big group of friends was walking by and one of them yells, Holy shit! A BOOKSTORE?!?! And the rest of them started screaming with joy. It felt really nice.

What’s been the most unexpected challenge so far?

Not exactly a challenge, but we interviewed so many smart, weird, variously talented people for bookselling jobs — and we did not get to hire all of them. I wanted to! But it turns out you only need so many people on staff. The staff we have is killer, but I still wish we could’ve hired them all, built a small, unstoppable army of booksellers. Someday.

That and the fact that we haven’t sold a single copy of Moby-Dick yet.

Will you just indulge us with the story of how you met your fabulous wife?

Okay, yes, sure. This was back when I was a bookseller at Prince Street. It was a Tuesday night—I had Wednesday and Thursday off, so this was my own personal mid-week Friday night—and I decided to enjoy a little busman’s weekend and have a browse at St. Mark’s. While browsing I saw a babe carrying a Granta tote bag. We browsed around one another for way too long, left at the same time, took the same L train back to Brooklyn, and then, when she left the train, she looked back at me once through the train door and then again through the window. With some encouragement, I posted a missed connection on Craigslist — and it worked! Now we’re married. I hope this happens to anyone/everyone who wants it to at 76 North 4th Street.

[Ed. Note: Said tote-carrying babe wrote a piece about this for The Cut. You should read it; it’s magic.] 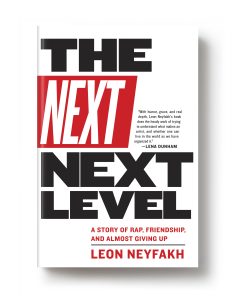 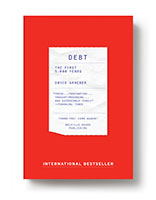 Anyone who knows me knows I’m a fool for Herman Melville — and your edition of Bartleby is obviously the best that exists. Lore Segal’s Lucinella is hilarious and great — sort of halfway between The Dud Avocado and Renata Adler, maybe. And I might add David Graeber’s Debt, but I don’t even have to handsell it: we’ve sold lots already without any effort on my part. And! Leon Neyfakh’s The Next Next Level is so good on, on the one hand, artistic ambition, and, on the other, the funny business of one’s own taste. As Mary Oliver says, more or less: let the soft animal of your body love the rap rock that it loves.