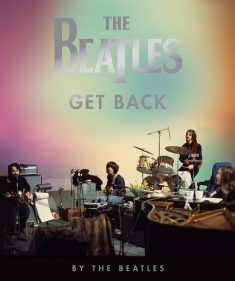 It’s hard to believe that nearly twenty years have passed since The Beatles Anthology was published by UK publisher Cassell & Co. For anyone unfamiliar with The Beatles Anthology 11+ hour television documentary, this book was an essential part of that project. As the name ‘anthology’ suggests, both the book and the series honed its focus primarily to the history of The Beatles using a compilation of interviews and other archival resources.

Here’s where things get exciting (*drumroll*). In August 2021, die-hard Beatles fans will have something new to sink their teeth into: The Beatles: Get Back. This book, published by Callaway Arts & Entertainment and Apple Corps Ltd., will be a bit different than the forerunner. In fact, this book will be a lot different. With over 120 hours of intimate, transcribed conversations from the band’s 1969 “Get Back” and Let It Be sessions, this book will likely have readers feeling like they were a fly on the wall.

If you know a thing or two about the Beatles, then you probably acknowledge 1969 as the solemn year of the band’s last live performance together (*tear drop rolls down cheek*). Get Back will distinctly portray both the making of an album and the band’s disintegration. The statement on Get Back‘s website reads, “This intimate, riveting book invites us to travel back in time to January 1969, the beginning of The Beatles’ last year as a band.”

Chock-full of unpublished photos, the 240-page book will truly have something for readers to “ooh” and “aah” over. And as if that wasn’t enough for Beatles fans to gobble up, renowned film director Peter Jackson will release a documentary in conjunction with the same name. (Yeah… 2021 is looking like a big year for the Beatles. What’s new?) Jackson states, “It would be fair to say that today Let It Be symbolizes the breaking up of The Beatles. That’s the mythology, the truth is somewhat different. The real story of Let It Be has been locked in the vaults of Apple Corps for the last fifty years.”

So now that we’re all excited, what can we do to prepare for the book and film duo? All we can do in the meantime is brush up on The Beatles’ discography and twiddle our thumbs.