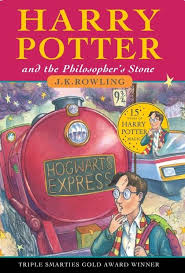 Sometimes it’s the imperfections that turn the ordinary into something special. That was the case for a first edition Harry Potter book, which sold at a recent auction for $90,000 (£68,800), made even more rare thanks to its typos. According to a report at Design Taxi, this is “a significant jump from its estimated price of £40,000.”  The book, which originally belonged to Christopher Little, J.K. Rowling‘s first literary agent, was sold at Bonhams auction house.

First editions of Harry Potter are special to begin with—Mental Floss reports that the first printing was only 500 copies. The typos, which include the two misspellings of the title on the back cover, a school supplies list including “1 ward” twice, and an incorrect number sequence, seems to have only added value to this particular copy.

What also likely added value to the book is the the author’s autograph; J.K. Rowling herself signed the book in 2003, in order to raise its value for charity.

Quick, everyone grab your favorite proofreader and check your Harry Potter books for typos.