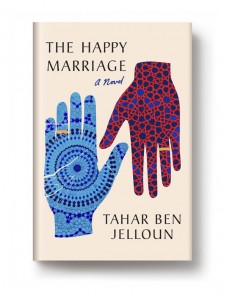 The world—maybe you’ve noticed this—is kind of a mess, but we can be grateful that at least Tahar Ben Jelloun is in it. And all the happier today, because today’s his seventy-third birthday, and a very excellent time to celebrate the huge contribution he’s made to the world of letters. Bon anniversaire!

Born in Fez in 1944, Ben Jelloun emmigrated to France in 1971, and published his debut there two year later. He’s been remarkably prolific; the best known of his more than twenty books include 1985’s The Sand Child, 1998’s Racism Explained to my Daughter, and 2016’s The Happy Marriage, which the Guardian praised as “accomplished, provocative, and very enjoyable.” Admired fiercely for his stylistic innovations, and cherished in equal measure for his unflinchingness directness in the face of pressing social issues, Ben Jelloun is one of the world’s foremost writers, whose many recognitions include the French Legion of Honor, the Prix Goncourt, the IMPAC Dublin Literary Award, and the Prix Ulysse; he’s been discussed many times as a likely contender for the Nobel.

Of his decision, more than forty years ago now, to write in French rather than his native Arabic, Ben Jelloun told the Paris Review’s Shusha Guppy in 1999:

I became aware of the richness and subtlety of Arabic when I began to do translations. To me it was another good reason not to tinker with it. Also, as it is a sacred language, given by God in the shape of the Koran, it is intimidating—one feels very small in front of this language. The other day Adonis, a great Lebanese poet, told me that the Arabic language has not yet had a writer stronger than itself, capable of subduing it. One speaks of English as the language of Shakespeare, of Italian as that of Dante, but we don’t say Arabic is the language of al-Ghazali — it is always the language of the Koran. It is inhibitive; one would feel almost guilty manipulating it.

Here, to help celebrate, is a passage from The Happy Marriage, which we were delighted to publish in the English translation of André Naffis-Sahely. Without giving too much away—and whoa there, hi, there’s a lot not to give away—it’s a novel that in some ways circles the axis created by a stark change in perspective about 200 pages in. This excerpt is from early on, in Part I, “The Man Who Loved Women Too Much”:

It was a gorgeous hand-embroidered blanket that had been crafted in Fez towards the end of the nineteenth century. It was a little worn and it hadn’t endured the ravages of time. One of the painter’s Moroccan friends, who was knowledgeable when it came to embroidered cloths, had offered it to the couple as their wedding present. It was so beautiful and precious he had wanted to have it framed and hang it as though it were a painting. Before doing that, he’d stretched it out as carefully as possible on a low-lying table that he hadn’t liked at all—neither the wood, nor its shape—but which was the sort of typical table one would find in most homes. Gracefully situated in the middle of the living room, it covered up what was an ugly piece of furniture, but has also made the room far more beautiful. The painter had done some research on embroidered cloths crafted in Fez during the previous century and had been surprised to learn that it had once belonged to the family of his maternal grandfather. It had been a part of Lalla Zineb’s trousseau. Lalla Zineb had been the daughter of Moulay Aly, a professor at the University of al-Karaouine. The cloth had become priceless in the painter’s eyes! Not only because it was beautiful and unique, but also because it was a part of his family heritage. Truth be told, it was the only wedding present they’d received that he truly liked. The others had been so unoriginal that he’d quickly forgotten all about them. That wasn’t the case with his wife, who scattered those presents all over their house, especially their bedroom, giving them pride of place: vases, decorative plates, sheets embroidered by little hands, synthetic wool blankets, coffee sets that imitated the English style but were almost certainly made in China, bouquets of plastic flowers made to last forever, and a whole host of other trifles whose only purpose was to sit on a shelf and serve as a reminder that the wedding had been a nice party, while one wisely waited until the dust wrapped them up in two thick layers of dirt.

On his return home one evening he’d discovered that the cloth was missing. His wife had tossed it into the laundry basket. The painter fetched it out, folded it carefully and put it in one of his closet’s drawers. He thought about the dainty hands that had spent weeks embroidering that little piece of cloth, about the man or woman who’d designed those flowers and picked the colors. The painter was very upset. To think that cloth had survived two World Wars, the French Protectorate in Morocco, the country’s subsequent independence, and had belonged to three or four different families before winding up in the window display of a sophisticated antique dealer so that one of his friends could buy it and offer it to them as a wedding present! In the face of all of that, it was difficult to interpret his wife’s gesture as anything other than crudeness, at best, or at worst, even ignorance. He had wanted to find her so he could speak to her about the importance he attached to those objects from the past. However, he had noticed that his wife hated lessons. She might even make some kind of disingenuous retort like: “But what is that old rag? My house isn’t some bazaar!” At first he thought he could forgive her, talk to her tenderly, explain himself, teach her how to admire a work of art, tell her that one could read an embroidery as though it were a poem, that one could decipher an old carpet just as one follows the footsteps of an ancient civilization, and so forth.

He’d withdrawn into his study and had asked himself why that whole affair over the cloth had so profoundly hurt his feelings. Up until that moment, their love had always been stronger than that. Some elements of his wife’s behavior had shocked him, but he’d been able to overcome them. But he couldn’t stomach this; it just wouldn’t do. It would be impossible to forgive her. What she had done was irreparable, and it was the first time he’d thought they could one day separate. The evening went by and the painter didn’t broach the subject with his wife at dinner. Later that night, he laughed at himself for how angry he’d been.

In Morocco, a ninth-century library reopens, becomes the oldest operating library in the world