This October, Dey Street Books is publishing “an inspiring homage and handbook for the rebellious everywoman who refuses to capitulate,” co-authored by Green Day and cartoonist Frank Caruso. The book is titled The Last of the American Girls, after the 2009 hit Green Day song on the “21st Century Breakdown” album. If your Green Day knowledge is a little rusty, here’s a reminder of the song:

Brittany Spanos of Rolling Stone shared the cover design and reports the book will be in full color text with illustrations throughout. 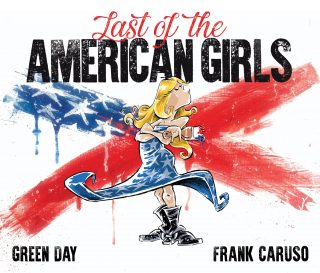 Spanos also shares some of Caruso’s history as an illustrator for pop stars and reminds readers of his cover for Bruce Springsteen’s book Outlaw Pete, which was published in 2014 and based on Springsteen’s 2009 song from the Working on a Dream album. 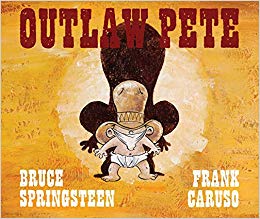 In 2014, The Washington Post called Springsteen’s book a “not-quite-for-children children’s book” and I expect Green Day’s book to be thought of in a similar way. Although instead of sharing thoughts of an “outlaw killer and a thief,” Green Day will share thoughts of a “spirited nonconformist young woman.”