Last week we shared the most recent news about Iowa’s Orange City Library (there have been a few stories over the past year): local resident Paul Dorr revealed himself as a homophobic bigot when he live-streamed himself on Facebook burning four children’s books with LGBTQ themes that he checked out from the library. 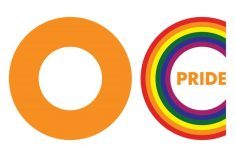 Dorr seems to have accomplished the exact opposite of his intention: In the wake of his actions, hundreds of books have been donated to the library, reports Shelby Fleig at the Des Moines Register. On top of the donated books, multiple GoFundMe and Facebook fundraisers have raised thousands of the dollars in the name of replacing the four books, collectively valued around $50.

Donations have poured in over the last week. Justin Scott, the creator of the Facebook fundraiser which raised over $1,000 in days, is considering, at the suggestion of the library, to donate the large sum to another local group; a strong contender, he says, is OC Pride, the LGBTQ organization Dorr was targeting with his book burning video. Another active donator, James Peron, shipped 20 LGBTQ books and DVDs to the library, with plans to send more. He also started a GoFundMe that raised hundreds of dollars.

What Dorr and people like him don’t understand is that they can spout their hatred of others, they can destroy books or property, and in the worst cases they can inflict actual violence; but in the end, they will not win. People will come together to support one another, communities will rally and the resistance against hatred will always exist. Love will win.