A recently concluded auction at Nate D. Sanders Auctions saw the sale of 1935 letter penned by Ernest Hemingway describing the vicious battle for a blue marlin at sea that would inspire his last major published work before death, The Old Man and the Sea, for a whopping grand sum of $28,000. The lot included the two-paged letter, envelope, and a photo of Hemingway and his seafaring mate, Henry Strater, with their half-eaten trophy catch. 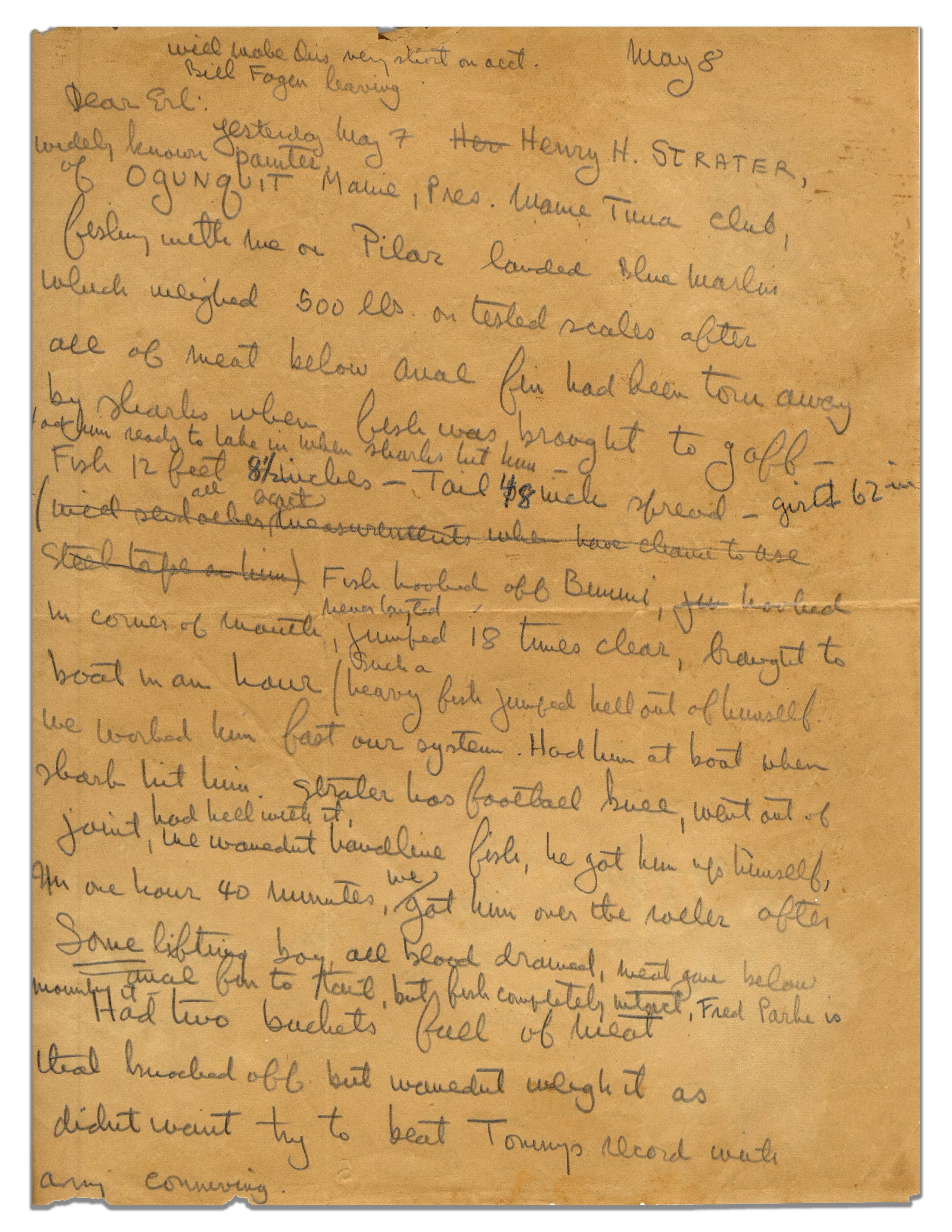 Fish hooked off Bimini, hooked in corner of mouth, never layted, jumped 18 times clear, brought to boat in an hour such a heavy fish jumped hell out of himself. We worked him fast our system. Had him at boat when shark hit him. Strater has football knee, went out of joint, had hell with it, we wouldnt handline fish, he got him up himself, in one hour 40 minutes….

Most notably, the letter runs differently to other existing anecdotal tales of the catch, with no mention of a ‘machine gun’ used to drive off the sharks, as reported by another account. Possibly, it was left out in deference to Strater, who’d been upset about the loss of fish mass keeping him from a possible world record catch. 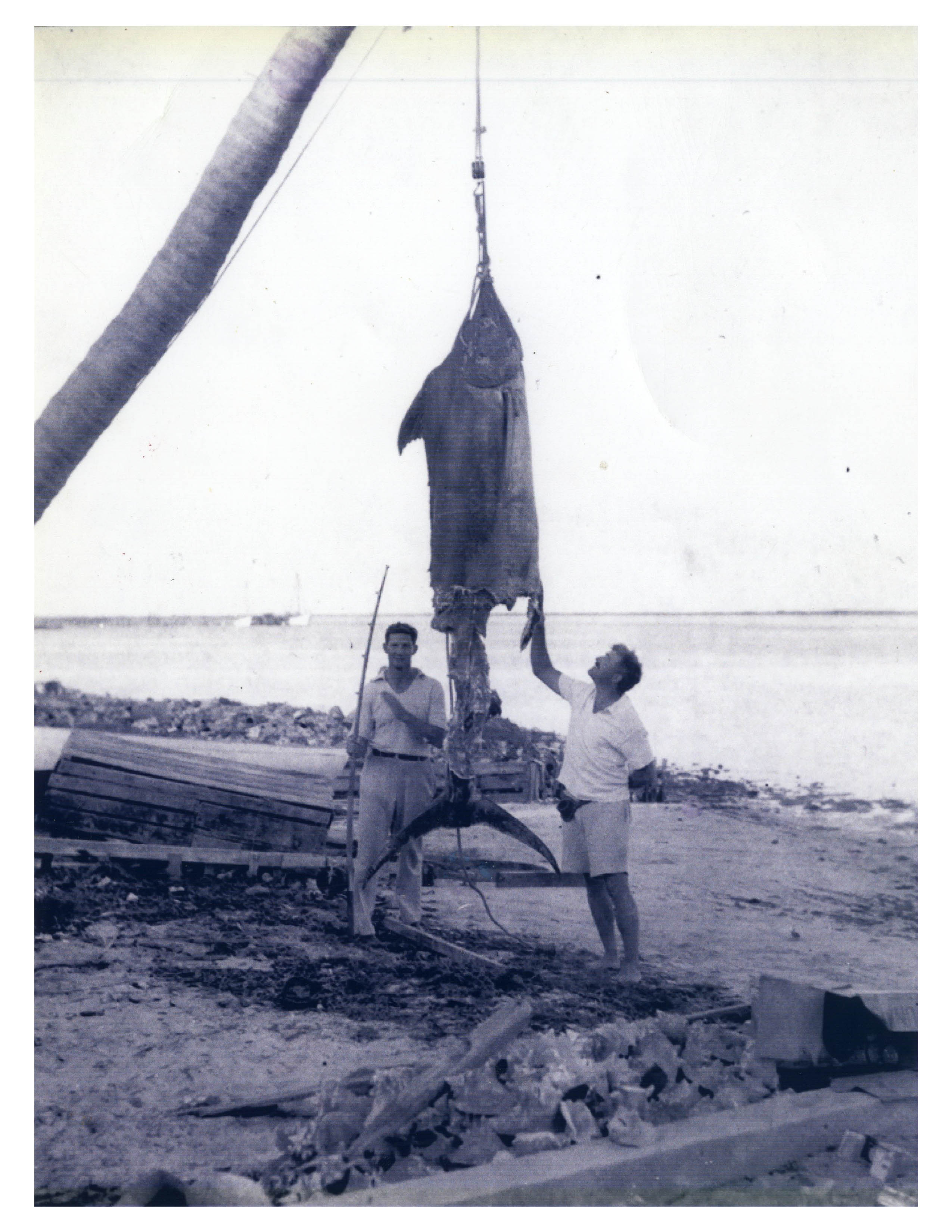 Had two buckets full of meat that knocked off but wouldnt weigh it as didnt want try to beat Tommys record with any conniving.

According to The Guardian, “The Old Man and the Sea has been said by Hemingway scholars to have probably been inspired by the fishing trip, on 7 May 1935.”