Michael Paulson and Alexandra Alter have reported for the New York Times that Rudinplay, the stage production company of reported misanthrope/racist Scott Rudin, is filing a federal countersuit against the estate of Harper Lee. The filing is a response to a federal suit filed by the Lee estate back in April, which alleged that Aaron Sorkin’s stage adaptation of the novel—in particular its characterization of Atticus Finch—departed significantly from the original material, in violation of Lee’s contract with the producers.

According to Paulson and Alter’s report, Rudin is seeking the dismissal of the original suit. According to reporting by Michael Calder at Publisher’s Lunch, he’s also asking that both cases be moved to New York, where the original licensing contract in question was drafted. He is additionally requesting that the estate award him $10 million dollars in damages for fundraising difficulties caused by the original suit.

But that’s not all! Rudin and his legal team are also suggesting that the full production be staged in court, so that a jury can evaluate for themselves whether or not the performance deviates significantly from the spirit of the novel or its characters.

On the surface, this is a fairly comprehensible, if high-stakes, tussle over the terms of a licensing agreement. The estate claims that the actions of the producers violate the terms of their agreement, the producers claim that their actions fall safely within those terms. However, there is an element of Rudin’s countersuit which potentially adds a whole lot of spice to an already spicy dish. 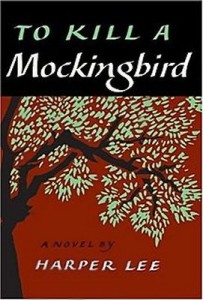 At the core of Rudin’s argument are claims that Tonja B. Carter—Lee’s longtime personal lawyer, and the suspiciously-named executor of Lee’s estate—has neither the expertise to evaluate the literary content of the material in question nor the legal authority to manage the Lee estate’s interests. In Alter and Paulson’s reporting, Rudin’s team is quoted as saying “The Agreement did not give Ms. Lee approval rights over the script of the Play, much less did it give her a right to purport to edit individual lines of dialogue. It certainly did not give such rights to Ms. Carter, who is not an author, editor, literary agent or critic, and has no known expertise whatsoever in theater or writing.” They further allege that Carter’s suit is being brought in bad faith, and that it was filed with undisclosed ulterior motives related to an ongoing dispute over stage rights with the estate of Gregory Peck, star of the 1962 film adaptation.

As Alter and Paulson note, this “significantly escalates” the situation, and raises interesting questions about Carter’s future stewardship of Lee’s estate. For our part, we only hope that one day, HBO produces a twelve-part miniseries about the case, written and directed by Aaron Sorkin, culminating a full production of Aaron Sorkin’s adaptation of To Kill a Mockingbird.