Looking for a gift for the poet in your life? We have you covered this holiday gifting season with some exciting Melville House poetry.

Check out our poetry titles below and get gifting. 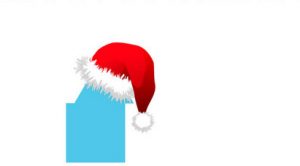 Dispatch from the Future
by Leigh Stein

Funny, charming and imaginative, her work deals with the experience of growing up in a world saturated with fantasy and social media, and explores the trials of becoming an adult.

48 chiseled gems that show off the many reasons why she is considered one of the leading practitioners of the sonnet writing in English today.

In The Hairy Arms of Whitman
by Bill Kushner

In The Hairy Arms of Whitman shows off for the rest of the country how the Bronx-born son of impoverished Russian immigrants has twisted together the strands of New York’s greatest poetry movements to come up with a style that is uniquely his own — as offbeat and relentless as Alan Ginsberg and the Village Beatniks, as funny and intellectually sharp as the New York School’s John Ashbery and Frank O’Hara, and as spiritually searching and inspiring as New York’s first bard, Walt Whitman.

The popular anthology contains poems by forty-five of some of the most important poets of the day, as well as some of the literary world’s most dynamic young voices, all writing in New York City in the year immediately following the World Trade Center attacks.

Inez’s latest collection combines her wild sense of fun with wide-ranging erudition, in a book that is both a love letter to New York City and to the great tradition of the Enlightenment.

Want more books? We also have two remarkable titles written by poets. Death and Other Holidays by Marci Vogel and Chalk by Joshua Rivkin are two books penned by poets.