For first time in eight years, a woman has won the International Prize for Arabic Fiction 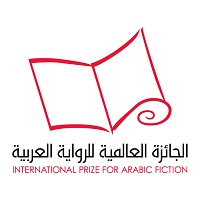 The announced winner of the International Prize for Arabic Fiction, considered among the most prestigious literary prizes in the Arab world, made quite a splash yesterday and for good reason. For only the second time in its twelve year existence, a woman was awarded the prize, the first to do so without having to share the award.

As reported by The Bookseller’s Mark Chandler, Lebanese author Hoda Barakat won for her epistolary novel The Night Mail (Dar al-Adab). The award comes with a $50,000 cash prize and, in Barakat’s case, a book deal for an English edition. English translation rights for The Night Mail have been secured by Oneworld, and it is scheduled to publish in 2020.

The prize’s only other female recipient, Saudi novelist Raja Alem, was awarded the prize jointly in 2011 for her book The Dove’s Necklace.

According to Chandler, Professor Yasir Suleiman, chair of the board of IPAF trustees, said:

“Using an epistolary structure to deal with displacement and its effects on the refugee experience, [Barakat] exposes us to the precarious nature of human existence in a world in drift. The protagonists’ search for a common thread unites and separates them with equal cruelty. An intense and disciplined novel, The Night Mail will outlive the worlds that animated it. It is destined to speak to readers in multiple tongues because of the intensely human condition it evokes.”

Chandler also notes that Barakat was “born in Beirut in 1952, Barakat has worked in teaching and journalism and currently lives in France. She has published six novels, two plays, a book of short stories and a book of memoirs. In 2002 she received the Chevalier de l’Ordre des Arts et des Lettres before being awarded the Chevalier de l’Ordre du Mérite National’ six years later. In 2015, she was a finalist for the Man Booker International Prize and was longlisted for the IPAF in 2013.”